Please ensure Javascript is enabled for purposes of website accessibility
Free Article Join Over 1 Million Premium Members And Get More In-Depth Stock Guidance and Research
By Chris Neiger - Jul 26, 2019 at 9:28AM

On the conference call, the social media company's bosses dug into some details on performance, user growth, and the slow drive toward profitability.

Snap ( SNAP -2.34% ), the company behind video-sharing and social media app Snapchat, surprised Wall Street and impressed investors when it released better-than-expected second-quarter results on Tuesday. The company beat analysts' consensus forecasts for both earnings and revenue, and its stock price spiked.

On the Q2 earnings call, management offered up some useful insights for investors about the company's earnings and revenue growth, its path toward profitability, and how it's engaging and retaining its users. 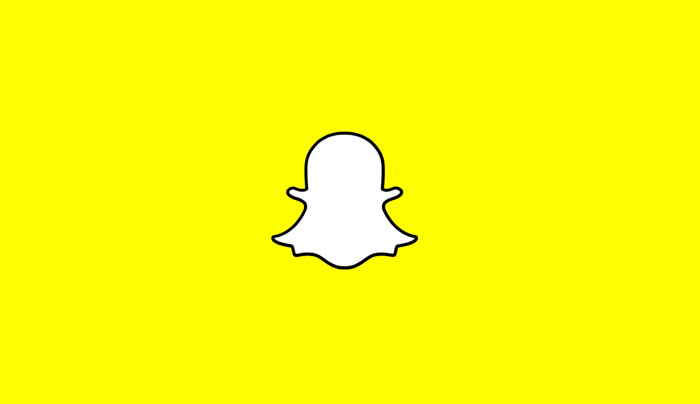 Snap's Q2 revenue rocketed 48% year over year to $388 million, accelerating from 39% growth in the previous quarter, and far surpassing the analysts' consensus estimate of $359.7 million. Adding to the good news for the quarter was that Snap's non-GAAP loss of $0.06 per share was significantly smaller than analysts' consensus expectation for a loss of $0.10 per share. That was also much improved from Snap's loss of $0.14 per share in the year-ago quarter.

On the call, CEO Evan Spiegel credited changes to the company's advertising platform for the faster top-line growth. "The enhancements we have made to our advertising business, and self-serve platform meant that we were better able to monetize this increased engagement, leading to accelerating revenue growth."

Added Chief Business Officer Jeremi Gorman: "As we add more advertisers, we see the health of our marketplace growing with increasing diversity, relevance, and engagement, which subsequently improves advertiser efficiency and user experience. We expect that increasing the number of advertisers will be the largest contributor to revenue growth, and we are aggressively pursuing the opportunity."

Snap also reported impressive average revenue per user (ARPU) growth in Q2. It improved 37% year over year and 14% sequentially, to $1.91. Part of that was fueled by the company's North American ARPU, which was up 42% year over year.

2. The company is inching closer to profitability

Snap's operating loss was $305 million, an improvement from its $357 million operating loss in the year-ago quarter. While the company still has a long way to go before it's profitable, management highlighted some of the ways it's improving.

"Our total cost structure per daily active user grew less than 1% year-over-year," said Spiegel, "meaning that nearly all of our revenue growth flowed through to the bottom line and resulted in a 53% year-over-year improvement in adjusted EBITDA."

The company's adjusted EBITDA loss was $79 million in Q2, up $90 million from the year-ago quarter. But as Chief Financial Officer Derek Andersen pointed out on the call, "This was the fifth consecutive quarter that we reported a year-over-year improvement in adjusted EBITDA."

Andersen added that the company continues "to make solid progress toward profitability" and said that Snap expects the adjusted EBITDA loss for Q3 to be in the range of $85 million to $60 million. If the company meets those expectations, it'll be the sixth consecutive quarter of year-over-year EBITDA improvement.

"We added 13 million daily active users," said Spiegel on the call, "our highest net adds since the second quarter of 2016, bringing our daily active users to 203 million. The average number of Snaps created every day grew to more than 3.5 billion this quarter and average time spent per user was over 30 minutes per day."

Andersen gave a lot of credit for those gains to Snap's augmented reality innovations. "We estimate that approximately 7 million to 9 million of the 13 million in sequential DAU growth is attributable to an improvement in user engagement that we observed after launching our new augmented reality Lenses, which brought in new users and reengaged lapsed users," he said.

Spiegel added that the increase in user engagement was the result of "several transitions we completed over the past 18 months" including a redesign of the Snapchat app early last year.

"We are seeing early positive results following the roll-out of our new Android application with more than a 10% increase in the retention rate of people who open Snapchat for the first time,"  Spiegel said. "Furthermore, on the majority of Android devices used by new users, Snapchatters are now sending 7% more Snaps when compared to the old version, which we believe is an important leading indicator of their long-term retention."

Snap's share price has gained more than 200% since the beginning of this year, but even so, the stock is still about 29% below its IPO price.

While investor sentiment and some analysts' opinions are beginning to shift in Snap's direction, the company still has a lot to prove. Many of the business' metrics are moving in the right direction, but investors should still be cautious. Snap will need to continue to prove that its current user growth and engagement are sustainable, and keep moving closer to profitability.