Alkermes (NASDAQ:ALKS) turned in a solid-enough quarter, but a pullback in guidance for its growth-driver antipsychotic drug Aristada led investors to fret over the biotech's near-term future. 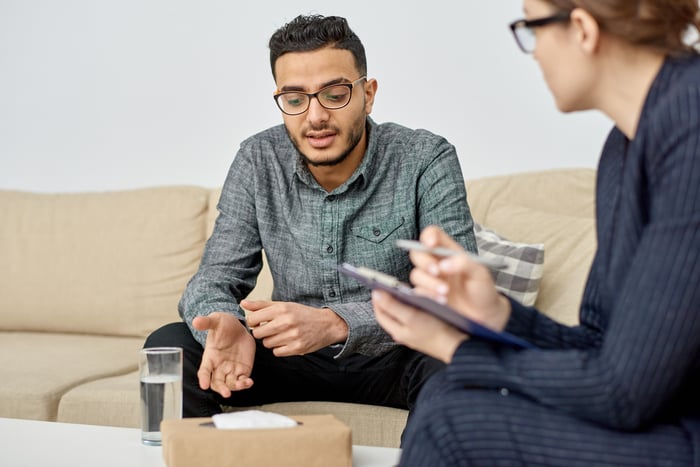 CEO Richard Pops pointed out that the company has faced an uphill battle launching Vivitrol and Aristada into markets with treatment paradigms already in place:

Changing the treatment paradigm for how addiction and serious mental illness are addressed in this country is challenging. It requires altering ingrained behaviors and engaging with a broader array of stakeholders to participate in the current system. But if we're successful in this endeavor, these changes have the potential to provide a platform for increased adoption of Vivitrol and Aristada.

While the FDA sounds open to approving ALKS 3831 for bipolar 1, Pops noted that the company will likely still run clinical trial(s) in bipolar 1 to support the launch:

Generating new data will still be a priority as we move into the commercial stage for 3831. In today's competitive landscape, it's no longer sufficient to successfully develop and secure regulatory approval for a new medicine. The healthcare community, patients, and caregivers rely on drug developers to provide new research and information that can improve the patient journey.

Management rolled back 2019 guidance for sales of Aristada to $200 million to $210 million from a previous range of $210 million to $230 million. While the expanded launch is going slower than expected, it appears Alkermes will be able to make up for the difference elsewhere, with management leaving its 2019 total revenue guidance intact at $1.14 billion to $1.19 billion.

On the pipeline front, look for data in the coming weeks from the Evolve-MS-2 study comparing Alkermes and Biogen's Vumerity to Biogen's Tecfidera. The data isn't needed for FDA approval -- the agency is already reviewing the data package with a decision expected in the fourth quarter -- but it will help with the launch if Vumerity causes fewer side effects than Tecfidera.

Also coming up next week is a patent board hearing for Vivitrol. While the patents are important, management noted that Vivitrol is a complicated drug to both make and sell, so even if the company loses the patent hearing, it may be hard for makers of generics to enter the market.