Many have tried to pinpoint the bottom of the tech hardware downtrend brought on by the trade war between the United States and China. While analysts look at a number of data points to figure out exactly where we are in the cycle, the earnings reports of large, broad-based semiconductor companies such as Texas Instruments (NASDAQ:TXN), provide some of the best insight.

Texas Instruments makes analog and embedded chips across a wide range of products for customers around the globe. As such, the company is often viewed as an indicator of health for the overall tech industry. 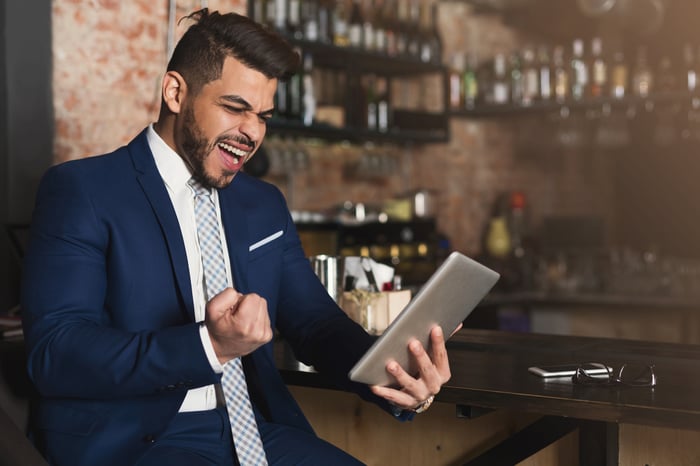 Is a semiconductor upswing on the horizon? Image source: Getty Images.

Earnings down but better than expected

At first glance, Texas Instruments' earnings report didn't look so hot. Revenue fell 9% year over year, with operating income down an even greater 12%. Net income only fell by 7%, however, as the company recorded a tax benefit, and earnings per share were only down 3%, aided by the company's continued share repurchases.

So why was the market so enthusiastic, sending Texas Instruments shares up nearly 7.5% the next day? Namely, because both revenue and adjusted EPS came in well ahead of the Street's rather low expectations. That likely led some to believe that the last couple quarters were as bad as things are going to get.

Guidance was also on point

Importantly, the company guided to third-quarter revenue between $3.65 billion and $3.95 billion, versus analyst expectations of $3.84 billion. Texas Instruments has a habit of guiding conservatively, so this should be a positive sign.

While management did guide to sequential growth, it was also unwilling to definitively say the down cycle was over, which is defined as year-over-year declines. After all, even though revenue is set to increase sequentially, management's Q3 revenue guidance would still be below the third quarters of both 2018 and 2017.

On the conference call with analysts, CFO Rafael Lizardi said:

The market is highly enthusiastic

Sensing that the bottom of the cycle might be in sight, investors have clearly bid up chip stocks over the past month or so, despite the overhang of the U.S.-China trade war and complications with Huawei. For its part, Texas Instruments management said the company only gets 3% to 4% of its revenue from Huawei and that recently it had begun shipments of certain products to the Chinese tech giant that didn't fall under the restrictions of the ban.