There was good news and bad news the last time Universal Health Services  (NYSE:UHS) reported its quarterly results. In April, the hospital operator announced higher revenue compared to the prior-year period. However, its adjusted earnings were down.

Investors received plenty of good news, however, when Universal Health Services reported its second-quarter results after the market closed on Thursday. Here are the highlights from the company's Q2 update. 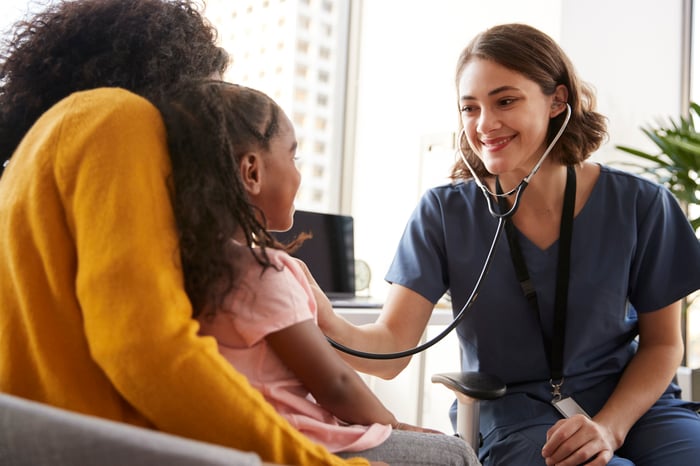 Universal Health Services announced Q2 revenue of $2.86 billion, a 6.5% increase from the $2.68 billion reported in the same quarter of the previous year. Its reported revenue was higher than the average analysts' revenue estimate of $2.81 billion.

The company announced generally accepted accounting principles (GAAP) net income of $238.3 million, or $2.66 per share, in the second quarter. This represented a 5% increase from the $226.1 million reported in the same quarter of 2018. On a per-share basis, UHS' GAAP earnings jumped more than 11% year over year.

On a non-GAAP adjusted basis, UHS reported net income in the second quarter of $247.2 million, or $2.76 per share. This reflected a 6% increase from the prior-year period adjusted net income of $233.3 million. However, the company's non-GAAP earnings were nearly 12% higher on a per-share basis. Wall Street analysts estimated that UHS would post earnings of $2.50 per share in the quarter.

UHS' revenue growth was the primary driver of its bottom-line improvement. However, operating expenses also increased by 6.5% year over year to $2.5 billion.

Other noteworthy achievements during the second quarter included the company being recognized on Fortune magazine's list of the World's Most Admired Companies. UHS also was ranked No. 293 in the Fortune 500.

During the second quarter, Universal Health Services reached an agreement in principle with the U.S. Department of Justice's Civil Division related to an investigation of the company's behavioral healthcare facilities. It's currently awaiting the first draft of the agreement from the Office of Inspector General for the United States Department of Health and Human Services and expects that a potential corporate integrity agreement will be part of the overall settlement.

Shareholders can also look forward to more stock buybacks and higher dividend payments. UHS' board of directors authorized a $1 billion increase to its stock repurchase program. The company spent around $445.6 million on buying back shares in the first half of the year. The board also approved an increase to the dividend from $0.10 to $0.20 per share.