The parent company of Google destroyed expectations for the second quarter.

Alphabet's quarterly revenue increased 19.3% year over year to $38.944 billion, accelerating from 16.7% growth in the first quarter, and -- keeping in mind the company doesn't provide specific financial guidance for analysts to follow -- handily beating estimates by nearly $800 million. Net income for the quarter climbed to $9.947 billion, or $14.21 per share, up nearly 21% year over year and arriving $2.88 per share ahead of expectations. 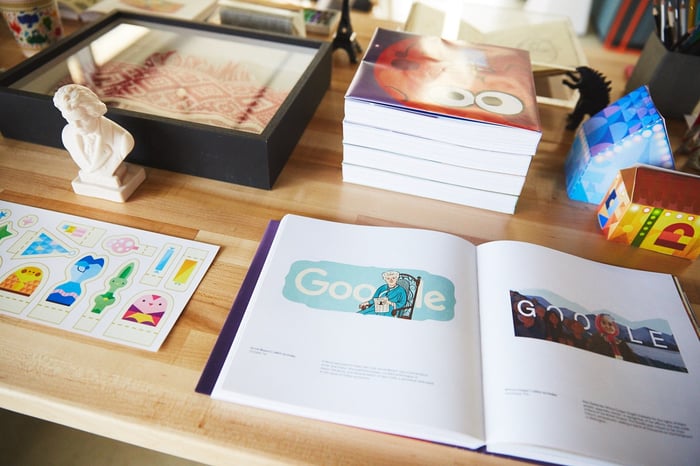 Within Alphabet's top line, revenue from its core Google segment jumped 19.3% (or 22% at constant currencies) to $38.782 billion, resulting in a 16% increase in operating income to nearly $10.4 billion. That included a 16.1% rise in advertising revenue, to $32.601 billion, and 39.7% growth from non-advertising revenue led by Google Cloud and Google Play sales. The "other bets" segment -- comprised of early stage (often pre-revenue), high-potential businesses like Waymo self-driving vehicles and Verily life sciences products -- grew revenue 11.7% to $162 million, while not surprisingly incurring an operating loss of $989 million in the process.

Google CEO Sundar Pichai credited the company's strength to its "effort to build a more helpful Google for everyone," adding that he's "incredibly excited by the momentum across Google's businesses and the innovation that's fueling our growth."

As usual, Alphabet opted not to provide specific guidance. Rather, during the subsequent conference call, management noted it will continue to allocate capital through the most effective combination of organic growth, strategic investments and acquisitions, and capital returns -- including the $25 billion stock buyback that the board authorized in conjunction with this report.

Given today's impressive pop, it seems the market is more than pleased with the results of that approach.