The No. 3 U.S. wireless carrier gained 1.8 million new customers in the second quarter.

While the regulatory review of its proposed merger with rival Sprint ( S ) progresses, T-Mobile ( TMUS -1.92% ) continues to grow its profits at a solid clip, as evidenced by its second-quarter results.

"In the second quarter, customers joined and are staying with T-Mobile in record numbers," the company said in a press release. "Q2 marks the 25th quarter in a row where we delivered more than 1 million total net customer additions, and another quarter in which customer growth accelerated year over year."

T-Mobile is also becoming more profitable. The company's earnings before interest, taxes, depreciation, and amortization (EBITDA) -- adjusted to exclude stock-based compensation and merger-related costs -- rose 7% to $3.5 billion. And its net income jumped 20% to $939 million, or $1.09 per share. 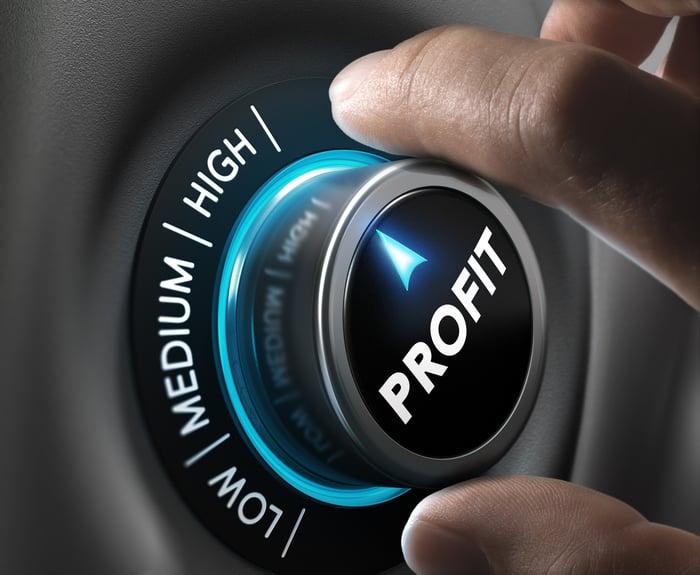 Based in part on these results, T-Mobile raised its forecast for branded postpaid net additions to between 3.5 million and 4 million in 2019, up from a prior estimate of 3.1 million to 3.7 million. The company also increased its adjusted EBITDA projection to between $12.9 million and $13.3 billion, up from $12.7 billion to $13.2 billion.

However, T-Mobile's second-quarter results and forward guidance were largely overshadowed by the announcement of a settlement with the Department of Justice.

For T-Mobile and Sprint to proceed with their proposed merger, the wireless carriers will need to divest certain assets. These assets include Sprint's prepaid business and some wireless spectrum licenses. DISH Network ( DISH -2.24% ) will acquire these assets.

The DOJ is trying to lessen the chance that T-Mobile's merger with Sprint will harm consumers by helping DISH become a viable competitor in the U.S. wireless industry. To do so, the DOJ is requiring that T-Mobile and Sprint make available to DISH "at least 20,000 cell sites and hundreds of retail locations." T-Mobile must also provide DISH with access to its network for seven years, to give DISH time to build out its own 5G network.

Five state attorneys general joined in the settlement with the DOJ. However, several other state prosecutors that are part of a lawsuit to block the merger have yet to agree to a settlement.

Still, T-Mobile CEO John Legere said during a conference call with analysts that he was "confident and optimistic about the remaining regulatory steps."

"I think it's very important for people to understand that the suit filed by the attorneys general happened before the knowledge of the actions that the DOJ was going to take, which certainly will solve many, if not all, of their concerns," Legere said.

As such, and although its merger with Sprint remains subject to regulatory approvals, T-Mobile expects the merger to be permitted to close in the second half of 2019.