It was a pretty tough second quarter for BorgWarner (NYSE:BWA), and as a result, the automotive technology specialist was forced to reduce its full-year revenue and earnings growth expectations. Moreover, it's going to get worse before it gets better, with management preparing investors for an even more difficult third quarter before conditions start to improve in Q4. Let's take a look.

Comparing the headline numbers from the quarter: 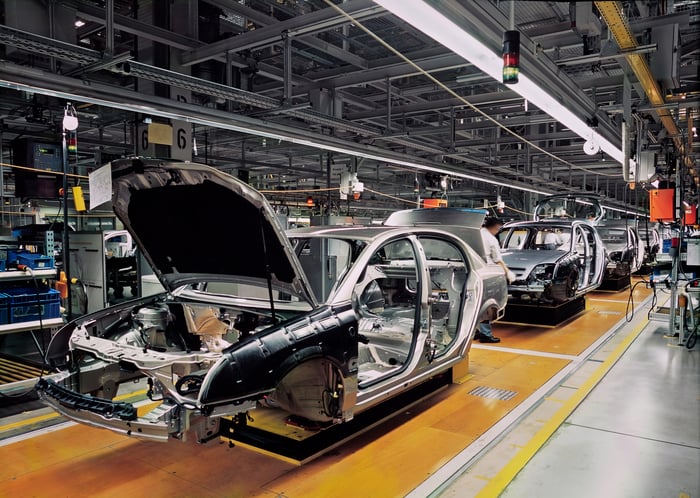 As the figures above demonstrate, the revenue performance was in the middle of expectations, but earnings were at the low end, and investors didn't have to wait long on the earnings call to hear the reason. CEO Frederic Lissalde couldn't have been more blunt: "To be clear, we're not satisfied with our margin performance in the full year '19," and he plans to take "more aggressive" cost restructuring steps to adjust to a declining end-market environment.

Why BorgWarner's margin performance is disappointing

It's worth noting that the company's margin performance was also underwhelming in the first quarter. Back then, a combination of tariff-related costs, supplier bankruptcy costs, and the timing of costs due to a business launch later in the year meant operating profit declined more than expected in the first quarter. It was a similar story in the second.

So what explains the $22 million shortfall? Nowlan said it was down to "our supply chain cost reductions falling short of our targets due in part to the year-over-year impact of tariffs and some of the insolvency issues in Europe," as well as costs related to a business launch later in the year.

Nowlan went on to outline that a quicker-than-expected market decline in China is "causing us to decrement more like the 30% rate as opposed to our target of 20%, and that's some of the impact we're seeing as we head to the back half of the year."

Management also cut its full-year guidance on the back of deterioration in end markets. Here's a summary of the changes. As you can see, the guidance is weaker across the board. For reference, BorgWarner's end market is defined as "the change in light vehicle production weighted for our geographic exposure."

Digging into the regional outlooks for the industry in 2019, BorgWarner forecasts North America to decline 3% to 2% and Europe to be down 4.5% to 3%, and China is now expected to fall a whopping 14% to 10%.

In addition, investors face a difficult third quarter because management expects its organic sales to be in the range of a decline of 1.5% to an increase of 1.5% -- pretty much in line with its industry outlook for the third quarter. That might be acceptable for most companies, but BorgWarner has a track record of outperforming its end markets.

However, Nowlan expects "lack of outgrowth to be a one-quarter phenomenon as we see the fourth quarter likely to return to our more recent levels of outgrowth."

Meanwhile, BorgWarner continues to be proactive and invest in new products and technologies, particularly with hybrid and electric vehicles, in order to fully benefit from an increasingly stringent global regulatory environment. Indeed, Lissalde talked of winning awards across multiple hybrid and electric platforms -- many of which can't be discussed due to vehicle manufacturers not wishing to disclose the programs they are working on for competitive reasons.

BorgWarner's management is doing all the right things in cutting costs and investing in growth opportunities, but there's little it can do about declining end markets. Shareholders should be aware that the third quarter won't be pretty, but hopefully, the fourth quarter will start to see some improvement as the industry prepares to see how 2020 will shape up.