When it comes to start-ups, the ones that raise the most venture capital tend to get all of the media coverage, but real success in business is measured in operating profits. Individual investors have seen the same measuring stick applied to high-growth businesses, which can often be accompanied by volatile stock prices when profits fail to materialize. Real success requires more than a flashy slide deck or keynote speeches at investor conferences; it's often quiet. Ecolab (NYSE:ECL) understands that.

The water and hygiene conglomerate delivered another solid quarter of operations and wrapped up the first half of the year on pace to meet its full-year 2019 guidance. In the first six months of the year, the business grew revenue just 1%, but it managed to keep expenses in check and benefit from lower taxes and interest payments, increasing net income 11% during that time.

Investors have been happy to reward Ecolab's head-down, slow-and-steady progress: Shares have gained almost 40% since the beginning of 2019. Here's what you need to know about the company's latest operating results. 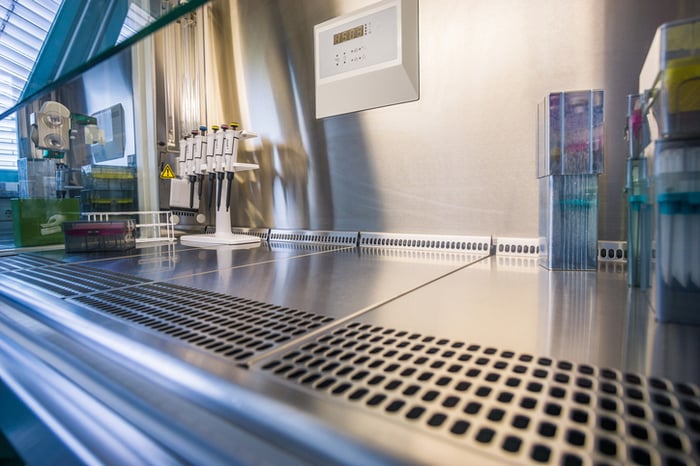 The company continues to reap rewards from its operating efficiency program, pricing gains, and acquisitions that have been completed in the last year. Most acquisitions have been relatively small, but that decreases the chances that Ecolab will get burned if it overpays and provides ample opportunity for the conglomerate to scale each new product or service. Recent purchases include Bioquell, which makes hydrogen peroxide vapor decontamination systems for life sciences and healthcare industries (fitting within Ecolab's industrial segment), and Lobster Ink, which develops online customer training solutions (fitting within multiple segments).

The story for Ecolab shareholders is how well the business is taking advantage of rapid global growth in life sciences and biotechnology verticals. The industrial segment has increased operating income by $56.1 million from the first half of 2018 to the first six months of this year. The company has managed to grow total operating income by just $16.9 million in that time span.

The divergence in those two metrics is driven entirely by increased spending within the corporate segment, however, as all three core business segments have increased operating income year over year.

Even the company's "other" segment (not shown in the table above) is pulling its weight. It increased operating income by $7.1 million, or 11%, in the first half of 2019 compared to the year-ago period. That eclipsed the total operating income growth of the institutional segment ($5.3 million) and energy business ($5.9 million) in that time span.

So what's driving the deterioration in corporate operating income? Ecolab says not to worry, as the increase in spending is due to continued investment in the efficiency initiative and preparing for the spinoff of the upstream energy business. The latter is expected to be completed in mid-2020, and it should significantly increase the company's operating margin.

The irony is that preparing to jettison the low-margin business in 2020 has resulted in special charges that increase the corporate segment's operating loss in 2019. Even with that internal headwind, operating margin has improved thanks to strong performances from the core business segments. Consider how Ecolab fared when zooming out from the segments to a broader view of operations:

Similar to the first quarter of 2019, the bottom line continued to benefit from lower tax expenses and lower interest payments. If those were the only factors driving earnings growth, then shareholders might have cause for concern. But operations are pulling their weight, too.

The solid start to the year gave management the confidence to maintain its full-year 2019 guidance. The company expects adjusted diluted earnings per share (EPS) of $5.80 to $6.00, marking a 10% to 14% increase compared to 2018.

Ecolab turned in a relatively quiet performance in the first half of 2019, but delivered where it mattered most. Strong industrial margin led operating income gains for all four business segments -- all of which posted year-over-year increases -- and more than made up for higher spending in the corporate segment. Management remains confident that the spinoff of the upstream energy segment will take place in the middle of 2020, which will immediately increase the company's operating efficiency through the retention of higher-margin energy products and services and decreased spending in the corporate segment. That should make the business even more resilient -- possibly just in time for a global economic slowdown.