Blackbaud (NASDAQ:BLKB) continued to invest in hiring new sales representatives so it can reach more customers. This strategy is negatively affecting its near-term profitability, which was evident in the second quarter. However, the company believes its growth rate will reaccelerate as its new hires ramp their productivity.

What happened with Blackbaud this quarter? 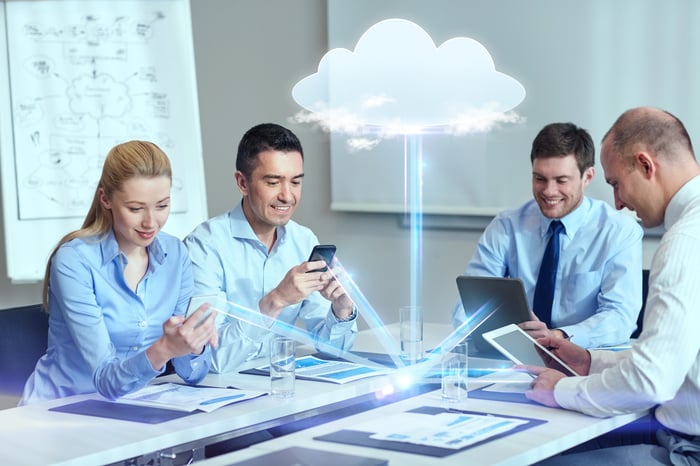 Execution against our strategic plan drove solid results for the second quarter as we continue investing to further expand our selling footprint, drive cloud innovation for our customers, and ensure scalability in our business. We're pleased with the progress of the new sales hires added to date as they ramp to targeted productivity, and we expect to continue hiring as we look to grow our full year sales headcount at an accelerated rate relative to our historical average.

Blackbaud's primary focus this year is to expand its sales staff so it can reach more potential customers. That will enable the company to get the tailored cloud-based software solutions it has developed into the hands of its targeted markets. This sales ramp will also help it accelerate the adoption of some of its newer products.

The company's results so far this year have come in about as it expected. Because of that, Blackbaud has reaffirmed its full-year guidance. This forecast anticipates that revenue will be in the range of $880 million to $910 million, which is about a 5% year-over-year increase at the midpoint. Meanwhile, earnings should come in between $2.11 to $2.28 per share, which would be down about 15% at the midpoint due to the increased staffing costs. The company also expects to generate $124 million to $134 million in free cash flow this year, which would be about 13% less than 2018's level.