The provider of freight, global forwarding, and customs services was also up against a difficult prior-year comparison.

C.H. Robinson Worldwide ( CHRW -0.76% ) managed to generate positive net revenue under unfavorable conditions for third-party logistics (3PL) companies during the second quarter of 2019. Tight capacity in the trucking market this time last year has essentially reversed, and at present, excess capacity is pressuring the volumes of 3PLs with significant trucking freight revenue streams like C.H. Robinson. 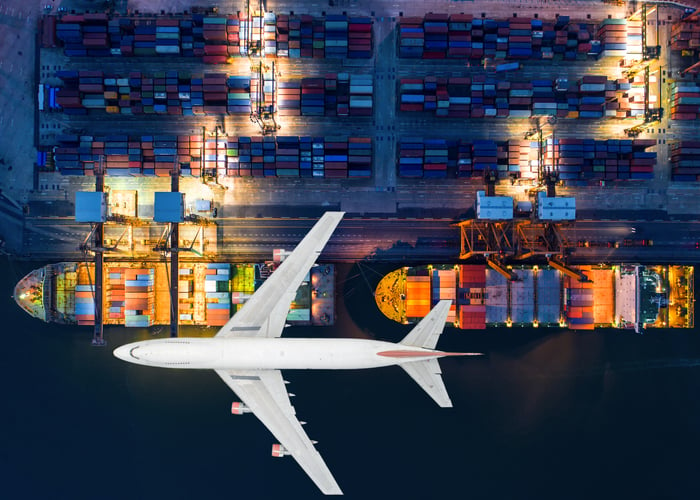 As we delve into the quarter below, note that all comparative numbers are presented against those of the prior-year quarter.

What happened with C.H. Robinson this quarter?

In C.H. Robinson's earnings release, new CEO Bob Biesterfeld (who took over the reins of the company in May, following the retirement of John Wiehoff) focused on the organization's broader picture when assessing its rather meager quarter:

In the second quarter, we achieved 3.5 percent net revenue growth, solid performance versus the year-ago period where net revenues increased 17 percent. We delivered our fifth consecutive quarter of operating margin expansion and an 8 percent increase in earnings per share. We continued to make improvements in working capital, which combined with increased earnings, allowed us to generate nearly $200 million in cash flow from operations and increase cash returns to our shareholders. We are pleased with our second quarter results in this soft freight environment.

C.H. Robinson doesn't issue quarterly or yearly financial guidance. However, the company does provide an initial reading of current-quarter conditions with each earnings release, via its supplemental investor presentation. From the beginning of July through the release date of July 30, net revenue per day has dropped by 8% against the comparable 2018 period, while truckload net revenue per day has decreased by 6%.

Such performance looks set to be the norm for the next two quarters. In the earnings press release, Biesterfeld forecast a weak freight environment for the remainder of the year. However, Biesterfeld also reiterated the organization's overarching strategic principles for the benefit of potentially antsy shareholders: "Despite the current freight environment, our long-term goals remain unchanged. We remain focused on taking market share, automating core processes while delivering industry-leading quality service to our customers and carriers, and improving operating leverage in our businesses."