Scotts ups its full-year guidance after a strong recovery for its Hawthorne segment and solid sales in the U.S. consumer lawn and garden market in Q3.

After a dismal 2018, Scotts Miracle-Gro (SMG -0.38%) has bounced back in a big way so far in 2019. The company reported solid growth when it announced its second-quarter results in May. The stock was up nearly 70% with July winding down.

And that was before Scotts reported its fiscal 2019 third-quarter results before the market opened on Wednesday. If the stock was hot before, the company's Q3 update only added fuel to the fire. Here's what you need to know about Scotts' Q3 results. 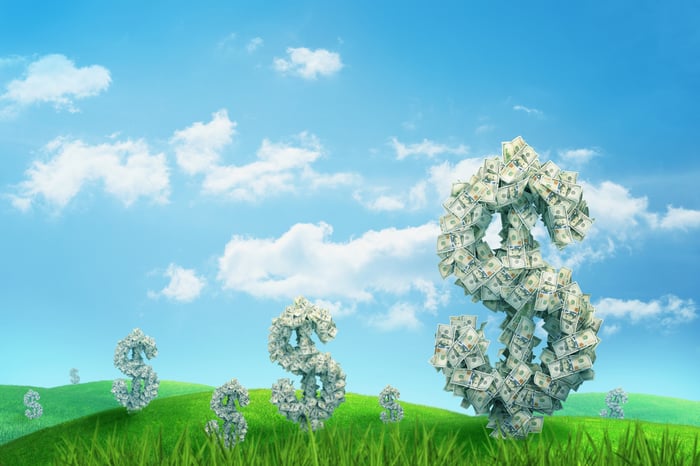 Q3 revenue was $1.17 billion, an 18% increase from the $994.6 million reported in the same quarter of the previous year. This easily topped the average analysts' revenue estimate of $1.07 billion.

The big story for Scotts in the third quarter was its Hawthorne subsidiary, which is a top supplier to the cannabis industry. Hawthorne sales soared 138% year over year to $176.3 million. While much of this increase was driven by Scotts' acquisition of Sunlight Supply in June 2018, Hawthorne still generated organic year-over-year sales growth of 49%.

CEO Jim Hagedorn said: "The strong recovery we have seen in Hawthorne this year is being led by increased sales of lighting and nutrients products, our largest and most important categories. We're also pleased with the 15% growth we've seen year-to-date in California and the strong growth we're seeing in emerging markets like Florida, Ohio, Michigan, and Massachusetts, where changes to state laws regarding cannabis cultivation are starting to drive higher sales."

Scotts Miracle-Gro revised its sales guidance to project year-over-year growth of 16% to 17%. This assumes growth in the U.S. consumer segment of 6% to 7%, with sales for Hawthorne increasing by 90%. In June, Scotts projected that U.S. consumer segment sales would increase by 3% to 4%, with Hawthorne's sales growing 75% to 80%.

CFO Randy Coleman said, "The business is well positioned as we enter the final planning stages for fiscal 2020, and we expect our continued strong cash flow will provide increased financial flexibility going forward." With Hawthorne back on track in a major way and U.S. consumer lawn and garden sales steadily growing, Coleman's optimism appears to be well founded.