Wednesday was a tough day for the stock market as investors reacted to the Federal Reserve's decision to cut short-term interest rates by a quarter percentage point. Although the rate cut was expected, many weren't happy with comments that Fed Chair Jay Powell made that suggested no further rate cuts would happen after this one. Even with the market's significant drop, some stocks climbed on favorable earnings and other good news. Scotts Miracle-Gro (NYSE:SMG), Enphase Energy (NASDAQ:ENPH), and Edison International (NYSE:EIX) were among the top performers. Here's why they did so well.

Shares of Scotts Miracle-Gro shot up almost 9% after the agricultural products company reported its fiscal third-quarter financial results. Overall revenue soared 18% from year-ago levels, and adjusted earnings saw a 16% increase over the same period. Many investors focused on organic sales growth of nearly 50% at the company's Hawthorne hydroponic nutrients and lighting materials supply business. With Hawthorne getting a lot of attention because of its connection to the cannabis arena, news that the segment has done well was a big boon, and the unit's purchase of Sunlight Supply should help expand Hawthorne's reach and further support Scotts' overall growth. 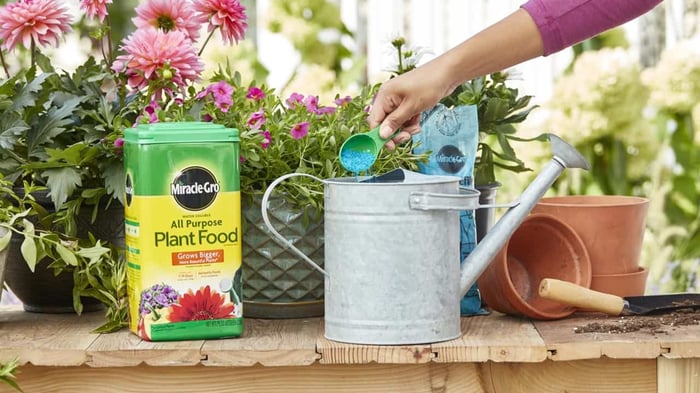 Solar power microinverter specialist Enphase Energy saw its stock skyrocket 30% following favorable results for the second quarter. Enphase reported that its sales jumped 77% compared to year-earlier levels, with adjusted net income soaring more than 20-fold to $23.2 million. Strong demand from customers installing solar power systems drove Enphase's growth, and the company's outlook appears to be even brighter. Component shortages have actually caused some problems for Enphase, weighing on margin levels. However, with new initiatives to help low-income homeowners install solar power systems, Enphase thinks that it can see even more sales even as it upgrades to more efficient microinverter products.

Finally, shares of Edison International picked up 6%. The utility company had seen its stock react less favorably to a recent announcement that it would do a secondary offering of shares to raise capital. However, Edison was able to get favorable pricing, selling a larger 28 million share block at $68.50 per share. Even though that was below Tuesday's closing price, investors were still pleased with the interest level among buyers of the new stock. With plans to use the proceeds to help contribute to a state wildfire insurance fund in California, Edison shareholders hope that the utility will be able to count on operating normally even if future fires spring up as a result of power lines in the Golden State.