Shares of Myriad Genetics (NASDAQ:MYGN) rose as much as 58.4% today, after the company published a filing with the U.S. Securities and Exchange Commission (SEC) disclosing that UnitedHealthcare (NYSE:UNH) will begin covering the GeneSight Psychotropic test on the first day of October. The $2,000 genetic test is used to guide the treatment of individuals with major depressive disorder or anxiety disorders, by providing insight into which drugs they're most likely to respond to.

A major study for GeneSight actually failed to meet its primary endpoint, which made many Wall Street analysts sour on the prospects of earning insurance coverage. Today's decision by UnitedHealthcare has caught investors off guard, and made them suddenly optimistic that other major insurers will follow suit. 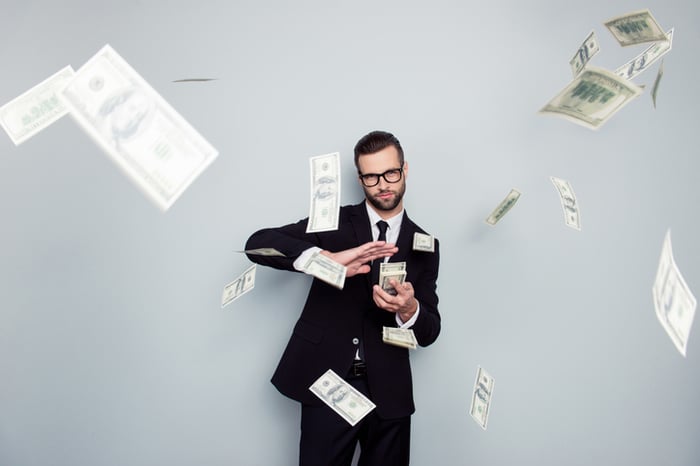 In the first nine months of fiscal 2019 (the period ended March 31), GeneSight tests generated $82.8 million in revenue, making them the company's second-most important product behind its legacy hereditary-cancer testing platform. However, a failure to secure insurance reimbursement slowed growth and significantly sapped the platform's potential. As a case in point, $82.8 million in revenue marked a 9% decline from the year-ago period.

That played a role in the decision by Myriad Genetics to expand into prenatal testing with the $406 million acquisition of Counsyl in the summer of 2018. Over the last nine months, prenatal tests generated $80 million in revenue for the business.

Today's news could help GeneSight keep its spot as Myriad's second-highest revenue generator, but it may take several quarters to know for sure. As noted by 360Dx, Piper Jaffray analyst William Quirk thinks insurance coverage could add $4.00 per share in earnings based on current test volumes. For perspective, the company expects adjusted earnings per share (EPS) of $1.74 in fiscal 2019.

The surprise decision by UnitedHealthcare could reverse the slide of the GeneSight platform, give Myriad Genetics multiple high-growth products, and make the business significantly more profitable. Whether or not that materializes might hinge on what other major insurers decide to do, but some analysts think today's news will mark an inflection point in the genetic testing market.

Investors are likely to receive more detailed information about the news, and how management expects it to affect the business, when Myriad Genetics reports full-year fiscal 2019 earnings results in the coming weeks.