Revenue rose 15.1% to hit $71 million for the quarter, ahead of the $69.5 to $70.5 million that it was targeting three months ago. LivePerson has been a steady performer over the past year and a half. Top-line gains have come in between 13.7% and 14.5% in each of the five previous quarters. If the numbers had to break that tight range, investors are naturally happy to see them crash through the ceiling rather than the floor, though year-over-year revenue increases between 13.7% and 15.1% over the past six quarters are still pretty tight and steady. 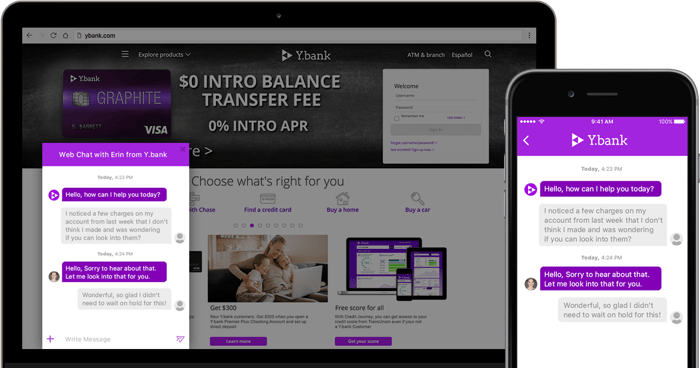 LivePerson's record revenue and headiest top-line surge in four years came as a team effort. Its flagship business operations -- in which LivePerson uses its cloud-based platform to deliver chat support seamlessly and in some cases proactively -- have risen by 14% over the past year. The smaller consumer operations side, which has been widely overlooked since it accounts for less than 10% of the revenue mix, came through with a robust 24% pop to clock in at $6.1 million.

The news continues to crumble on the way down the income statement, and once again we see a widening quarterly deficit. Its reported loss of $24 million is a record deficit for LivePerson, but there are some one-time items baked into that figure. The stock hitting new highs is a firm indication that the market is more excited about its top-line acceleration than its red ink.

LivePerson has been a market darling during this six-quarter span of steady top-line growth in the mid-teens. The shares have nearly tripled since the start of last year, and at least three analysts have jacked up their price targets on the heels of Wednesday afternoon's financial update.

The acceleration should continue. LivePerson sees revenue growth of 15% to 17% in the third quarter, picking up the pace to a burst of 17% to 21% in the fourth quarter. It is lifting its full-year revenue guidance to between $288.5 million and $292 million, matching the 15% to 17% gain it's eyeing for the current quarter.

The pipeline continues to be strong, and customers continue to sign larger contracts that provide LivePerson with the visibility to forecast the welcome acceleration in revenue. Profitability would be nice, but the platform's growing popularity makes this week's fresh all-time highs well earned.