Markel (NYSE:MKL) released second-quarter 2019 results on Tuesday after the markets closed, highlighting continued broad-based strength from each of its three core business segments -- investing, insurance, and the Ventures group of acquired companies -- and an accelerated increase in per-share book value. Shares of the diversified financial holding company are up around 3% since its release.

Let's dive in for a better idea of what drove Markel as it finished the first half of the year, as well as what we should be watching going forward. 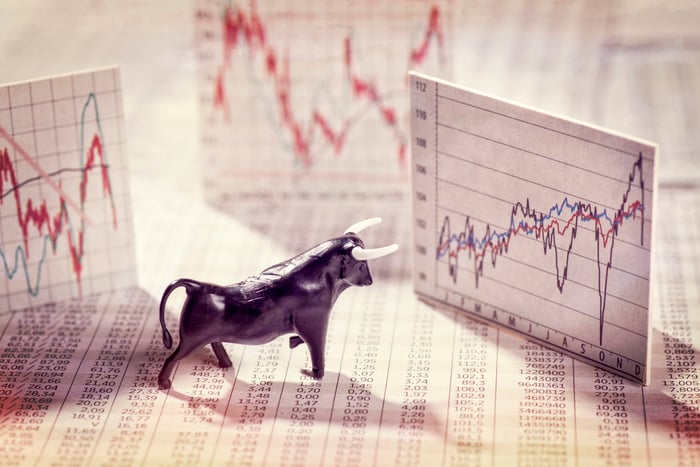 All three of our operating engines made meaningful contributions to our results in the first six months of 2019. We continued to see outstanding performance in our investment portfolio, with over $1 billion of net investment gains in the first half of the year. Operating results attributable to our Markel Ventures operations increased substantially, and we also experienced premium growth in our underwriting operations.

Through the midpoint of 2019, each of our three engines of insurance, investments and Markel Ventures created positive value and energy for Markel. We've got some cylinders in those engines that are firing wonderfully. Rest assured that we diligently keep our eyes on all of the gauges, and we'll never become complacent, where things are going well.

We can always do better. We've also got some cylinders with, shall we say, more room for improvement and we're working on those as well. I think it is important at all times to remain even-keeled and work with diligence, both in the areas where things look great and also where they don't. That's what we do every day. As Bono says in the song, I still haven't found what I'm looking for. U2 is still working and looking, and so are we.

Markel doesn't provide specific forward guidance. But this quarter stands tall as another perfect illustration of the collective strength of Markel's diversified operations. As Gayner, unsurprisingly, insisted that the company has no intention of changing its proven approach to consistently generating shareholder value, long-term investors should be more than pleased with its position today.