DexCom (NASDAQ:DXCM) has taken investors on a roller-coaster ride so far in 2019, with shares rising more than 25% earlier in the year, giving up all of those gains and then some, then bouncing back to move even higher than before. Investors were spooked after a bearish report about the company was released in March, but the worries soon faded away.

There wasn't anything spooky about DexCom's latest quarterly figures. The company announced its second-quarter results after the market closed on Wednesday. Here are the highlights from DexCom's Q2 update. 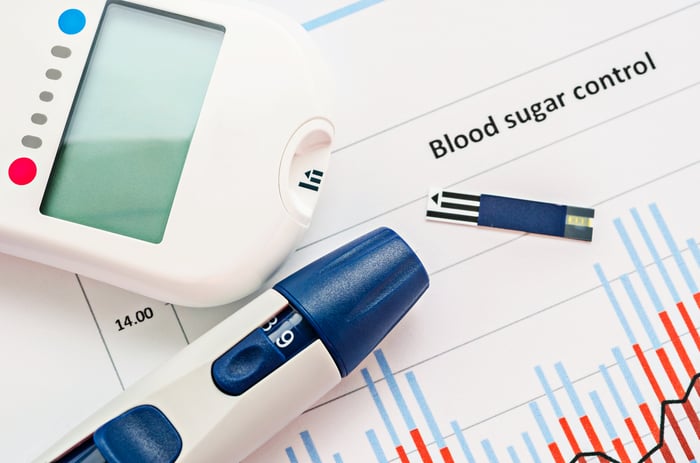 DexCom's Q2 revenue jumped 39% year over year to $336.4 million. Analysts estimated that the company's revenue for the second quarter would come in at a little over $307 million.

It's apparent from DexCom's strong revenue growth in Q2 that its G6 continuous glucose monitoring (CGM) systems remain very popular with customers who have diabetes. The company said that increased awareness of real-time CGM is a key factor in driving higher sales volumes.

You might wonder, though, why DexCom's bottom line looked so much worse than the prior-year period. There were two primary culprits. One was that the company's interest expense increased significantly from a year ago. However, the biggest factor was a $42.7 million gain from an equity investment posted in the second quarter of 2018 that resulted in a temporary profit on a GAAP basis.

That one-time equity gain was adjusted out of DexCom's non-GAAP net income figures. As a result, the company's non-GAAP comparisons looked much better.