Poor earnings and other concerns took these stocks down.

The stock market had a major reversal on Thursday, giving up big early gains to finish sharply lower. President Trump's decision to impose tariffs on another $300 billion in Chinese trade goods got a poor reception on Wall Street, which had hoped that a more favorable resolution was imminent. Declines for some individual stocks were even more severe. Whiting Petroleum (WLL), Owens-Illinois (OI 1.79%), and Abiomed (ABMD -1.36%) were among the worst performers. Here's why they did so poorly.

Shares of Whiting Petroleum got torched Thursday, plunging 39% after the oil and gas exploration and production company announced surprising losses in the second quarter of 2019 and slashed its workforce. Whiting's production levels were relatively flat year over year, but revenue was down sharply, and the company reversed year-ago profits with substantial red ink. Whiting got $8 per barrel less for its oil and saw its realized price for natural gas plunge by nearly two-thirds. In response, the company announced a major restructuring that will involve laying off about 250 people, or roughly 33% of its workers. Without a rebound in the energy markets, though, even those extreme measures might not be enough for Whiting to return to a healthier growth trajectory. 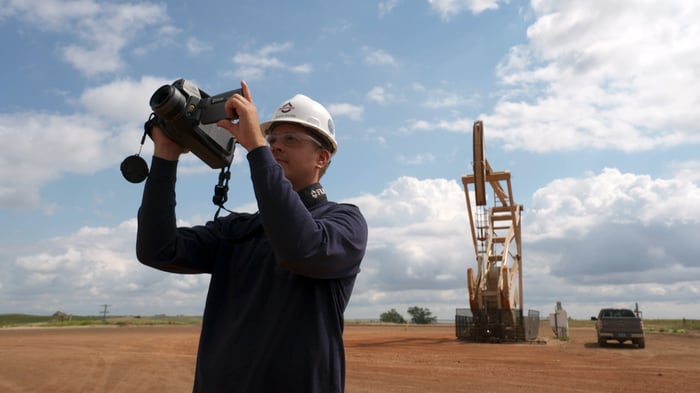 Glass manufacturer Owens-Illinois saw its stock drop 24% following troubling second-quarter financial results. Revenue was down 1% compared to year-earlier levels, and adjusted earnings were lower by double-digit percentages. Moreover, Owens-Illinois projected that third-quarter earnings will likely be flat from the year-ago period on an adjusted basis, as higher operating costs and tax rates could offset stronger pricing. Some fear a global slowdown that could put cyclical pressures on Owens-Illinois, but a rock-bottom valuation gives at least some margin of safety for defensive investors looking at the company.

Finally, shares of heart pump maker Abiomed plummeted 26.5%. The company posted some solid results for its fiscal first quarter, including sales growth of 15% and a 30% jump in operating income. However, net income sagged slightly from year-ago levels. Abiomed's decision to cut its full-year revenue guidance by $15 million to $20 million was the real problem for many investors, as it signaled continuing doubt about the prospects for the Impella RP heart pump product. Until that uncertainty gets resolved, it'll be hard to get investors to be confident about Abiomed's long-term potential.