A solid earnings report in early May had investors feeling optimistic that Garmin (NYSE:GRMN) might set new operating and financial records in fiscal 2019. Sure, the seasonally slow period left most of its important sales achievements, especially during the weeks around peak holiday shopping, for future months. But the GPS device giant got off to a great start, with revenue growth accelerating in Q1.

On Tuesday, the company extended this positive momentum deeper into the year by announcing a sharp boost in both sales and profitability. These wins convinced management to raise its 2019 outlook on both the top and bottom lines.

Sales growth rose at a faster pace than management had predicted for the year as double-digit gains in its aviation, marine, and fitness segments offset struggles in the automotive segment. Garmin paired that success with a boost in profitability so that earnings shot higher by nearly 20%. 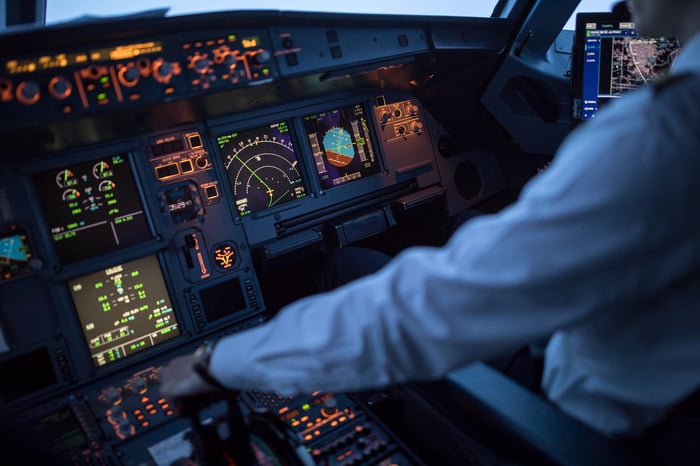 Executives highlighted the broad-based market share wins they achieved over the last few months. "We achieved record second-quarter revenue and profits, with three of our five segments delivering strong double-digit revenue growth rates," Pemble said in a press release to investors. One of the biggest contributors to the gains was Garmin's deeper aviation portfolio, management said. In an investor presentation accompanying the earnings results, executives noted that the segment's 20% sales spike was powered by rising market share.

Garmin now thinks it can expand its aviation division at a 17% rate in 2019 rather than the 10% boost management had affirmed a few months ago. Its high-margin marine division is now on track to grow by 12% versus the original 10% target, too. Overall, management believes current sales trends should support sales of $3.6 billion this year, or 7.5% above last year's result. Its prior forecast was for a 5% uptick.

Since the faster growth is mainly coming from its high-margin segments, with the consumer-focused portions of the portfolio holding strong, earnings should be even stronger. Operating margin is now on pace to expand for a fourth consecutive year, leading to earnings of about $3.90 per share rather than the original $3.70 per share forecast.

Investors won't know for sure how close Garmin can get to these goals until after the fiscal fourth quarter. However, the fact that the aviation and marine segments are leading the way spells good news for profits while adding certainty to its sales outlook. That's because Garmin is becoming less exposed to consumer shifts around the holiday shopping season as its GPS device portfolio deepens.