Sundial Growers (SNDL 1.38%), an Alberta, Canada-based licensed cannabis producer, made its trading debut on the Nasdaq yesterday. The company touts itself as believing in "health, happiness and personal well-being, cultivating cannabis for modern consumers -- people who want a natural alternative that fits seamlessly into today's active, healthy lifestyles."

The underwriting team of Cowen, BMO Capital Markets, and RBC Capital Markets managed to coax investors into buying 11 millions shares at $13 each. A tepid open eventually led to selling, with Sundial trading below its offering price by midmorning. The selling accelerated into the close with shares finishing the day at $8.48, down 34.8%. Friday morning found some bargain shoppers helping the shares recover 8% of yesterday's loss, but at $9.15, there's still a long road to recovery.

In a sector struggling to find a bottom, both publicly traded cannabis stocks and private names waiting to come to the market needed a strong showing from Sundial. Unfortunately, the underwriters aggressively priced Sundial with a $1.1 billion market cap. Upon its open, Sundial ranked as one of the largest cannabis-related companies in the world, as measured by market cap, despite posting revenues of just $1.5 million in the first quarter of 2019 along with $16.7 million in losses. 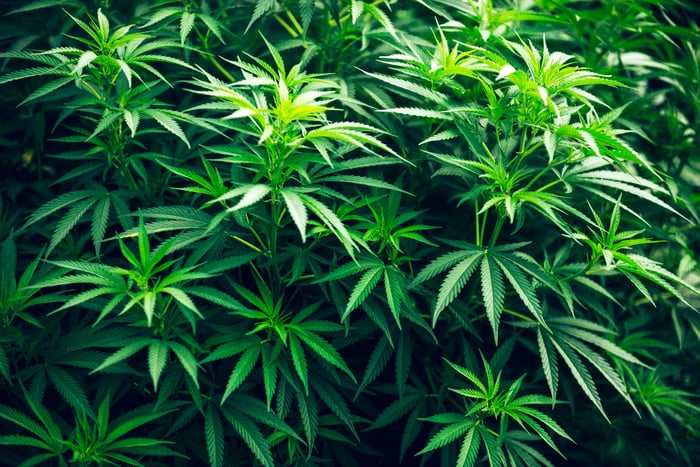 Sundial now finds itself in show-me mode. Because of the aggressive valuation and yesterday's poor action, Sundial is a "broken stock." While nothing changed with Sundial's business because of a single day's action, psychological damage has been done as some buyers may be wary of entering the stock this far below its offering price. That has the potential to limit upside for weeks or even months to come.

Management disclosed that it expects significant losses in the second quarter, but projects revenue of $19 million to $21 million. That's a huge jump from the $1.5 million in the first quarter of 2019. The company will likely need to meet the high end or exceed it to demonstrate to investors that the company deserves a premium valuation.

The company plans to enter the CBD market via its recent acquisition of Bridge Farm, an indoor agricultural producer of edible herbs and ornamental flowers in the U.K. Currently, only 40,000 square feet of Bridge Farm's 1.6 million-square-foot facility can be used to grow hemp. That means Sundial will mainly rely on the herbs and flower business for income until the facility can be converted to growing hemp.

The company has not completed an expansion nor received the additional required licenses for its Alberta cannabis facility. The same is true of its Merritt Facility. Given the slow pace of Health Canada's licensing grants, any significant expanding of cannabis production and sales are likely more fantasy than reality in 2019.