Shares of Pinterest (PINS 1.57%) have surged today, up by 17% as of 1:15 p.m. EDT, after the freshly public company reported strong second-quarter earnings results. The social media specialist crushed estimates and boosted full-year guidance.

Revenue in the second quarter increased 62% to $261.2 million, easily topping the consensus estimate of $235.5 million in sales. That top-line growth represented acceleration from the 54% jump that Pinterest reported in Q1. That all translated into an adjusted net loss of $24.5 million, or $0.06 per share. Pinterest also hit 300 million monthly active users (MAUs) worldwide, with average revenue per use (ARPU) rising 29% to $0.88. 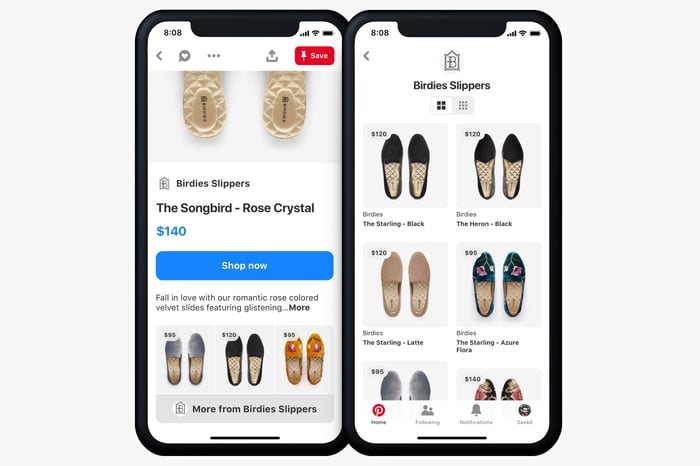 As reported under generally accepted accounting principles (GAAP), Pinterest posted a net loss of $1.16 billion, although much of that red ink related to one-time charges associated with stock-based compensation expenses in connection with the company's April IPO.

"These results were driven by investments we've been making to help people get inspiration, to plan their lives, and help them to make their plans a reality offline," CEO Ben Silbermann said on the conference call.