Please ensure Javascript is enabled for purposes of website accessibility
Log In Help Join The Motley Fool
Free Article Join Over 1 Million Premium Members And Get More In-Depth Stock Guidance and Research
By Keith Speights – Aug 4, 2019 at 8:00AM

This stock has an enormous market. And its revenue is growing twice as fast as the rest of its niche industry.

You are maxing out your Roth IRA, right? If not, stop what you're doing and start doing so as soon as possible. The Roth IRA just might be the greatest gift to investors the U.S. government has ever bestowed.

However, a Roth IRA is only as good as the specific assets that are invested in it. If you don't have high-quality stocks in your Roth IRA, stop the presses and... well, you know the drill.

Even if you do have plenty of solid stocks in your Roth IRA, I suspect that you might be overlooking one really great pick. Here's why The Trade Desk (TTD -2.60%) is a top stock to consider that should make your retirement savings grow over the long run. 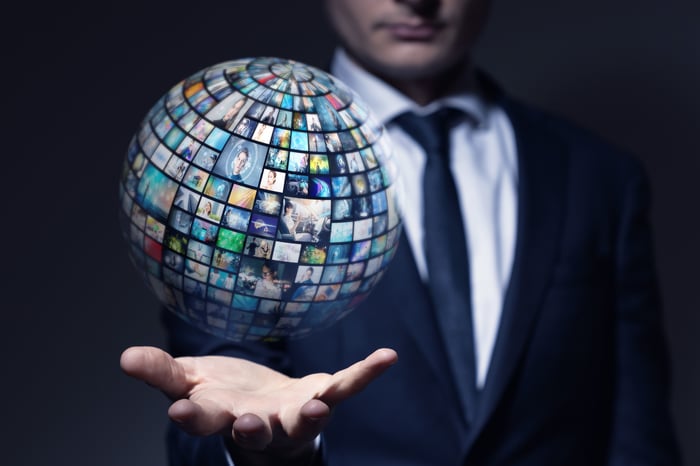 Behind the digital advertising curtain

You might not have heard of The Trade Desk, but you've almost certainly been affected by the company. If you're like the average American, you experience more than 1,600 ads every day. These include internet ads you see on your PC and mobile devices, TV and video ads, and audio ads. Most of these are digital ads.

An advertiser -- or, more likely, an agency working on behalf of the advertiser -- must pick which specific ads will run on which medium at what time. The most effective ads are the ones that are targeted to the customers most likely to be interested in the product or service being promoted.

This is a complicated process. It's also a process that took a lot of time and negotiations in the past. That's where The Trade Desk comes into play.

The Trade Desk provides a technology platform for ad buyers to perform what's called programmatic buying -- using software instead of lengthy negotiations. These buyers pick from a staggering 500 billion-plus ad opportunities each day using this platform. The Trade Desk's technology helps them optimize their advertising spending by making the smartest bids on the digital media outlets and time slots that will give them the biggest bang for the buck.

Now that you know what The Trade Desk does, let's talk about why the stock is a great pick for your Roth IRA. First, this stock is likely to deliver massive long-term returns. Second, you won't have to pay taxes on those returns if the stock is in a Roth IRA.

How can I be so confident that The Trade Desk will be a long-term winner? The answer comes down to two endearing and enriching qualities that this stock has that I really like: a huge market opportunity and a solid competitive advantage.

The Trade Desk is growing roughly twice as fast as the rest of the programmatic ad industry. The company is leading the industry because its technology is better than the rest. That's not just spin. The Trade Desk won AdExchanger's best demand-side advertising technology in 2019. And Amazon.com recently announced that it's partnering with only two demand-side platforms: The Trade Desk and Dataxu TouchPoint.

Expensive but worth it

There's one catch about The Trade Desk that you should know -- the stock is expensive. Really expensive. Shares currently trade at 138 times trailing-12-month earnings and nearly 73 times expected earnings. It's not likely that the company's earnings will grow quickly enough within the next couple of years to make its valuation look a lot more reasonable.

However, The Trade Desk has an enormous long-term market opportunity and the capability to capitalize on that opportunity. I think the stock still has plenty of room to run. The Trade Desk is expensive, but my view is that it's worth it.