Nearly 70% of Americans use their digital assistants every day.

The number of voice assistants used worldwide could rise from 2.5 billion in 2018 to 8 billion in 2023, according to Juniper Research.

A recent survey by Clutch found that 48% of respondents in the U.S. owned a digital assistant, and 33% planned to buy one within the next three years. The firm also found that 69% of voice assistant owners used their devices every day. 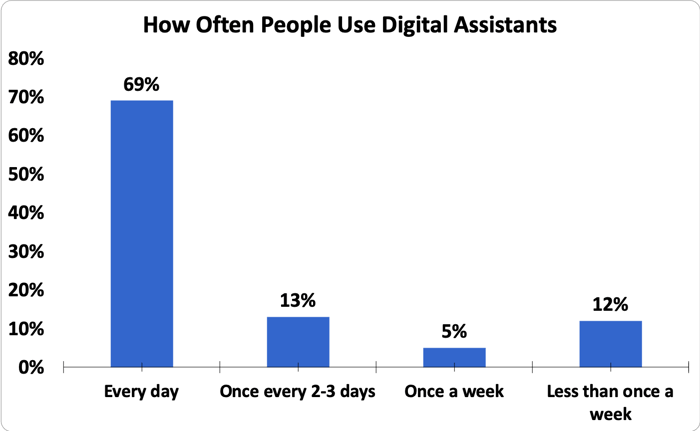 Amazon and Google still hold a near-duopoly in the smart speaker market. Amazon controlled 61% of the market at the beginning of 2019, according to Voicebot, and Google ranked second with a 24% share.

Developers have added thousands of skills to both platforms, which allow users to buy things, order food, hail rides, stream music, control smart-home devices, and more. That growing skill set will encourage more people to use their voice assistants daily, which could tether users more tightly to Amazon's and Google's digital ecosystems and make it tough for underdogs like Apple and Facebook to catch up.