A confluence of bad news sends Cars.com into a tailspin.

No one wants last week's loaf of stale bread -- not when you have fresher choices.

When Cars.com (CARS 0.93%) reported Q2 earnings this morning, announcing the company received "no actionable bids" during its strategic review of the company, Cars.com became stale bread.

Cars.com is one of the big three in the automobile advertising space along with CarGurus.com (CARG 0.99%) and TrueCar (TRUE -0.32%), but it's the senior when it comes to digital advertising, with the most established sales force. The company empowers consumers to make informed buying decisions providing information on the 4Ps: Product, price, place, and person. The data-driven intelligence increases automotive turnover and market share gains for sellers utilizing its services. 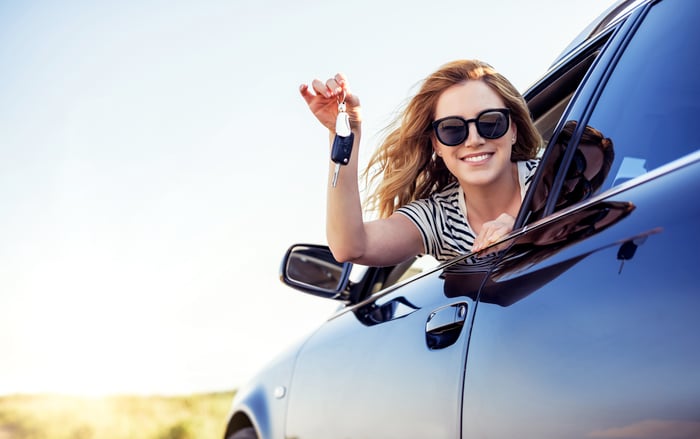 On January 16, the company announced a review of strategic alternatives to enhance shareholder value.

Chairman of the Board Scott Forbes said what the company had in mind:

We are confident in the Company's strategy to expand from a classified listings model into a leading online automotive marketplace solutions provider. We have undertaken a number of actions toward positioning the Company to drive growth and achieve sustainable market leadership in our sector. We remain committed to that plan, but in light of multiple inquiries which indicate the possibility of realizing that future value now, and after careful consideration, we took the decision to explore strategic alternatives in late 2018, consistent with the Board's commitment to acting in the best interests of the Company and its stakeholders to enhance shareholder value.

The stock opened at $25.90 the next morning, but seven months later, shares now trade more than 40% below that price, so I doubt this is what management or shareholders had in mind. The lengthy process, which unofficially dates back to the summer of 2018, involved 29 parties, 14 non-disclosure agreements, 14 management presentations, four initial non-binding offers, and a rejected bid.

For the time being, Cars.com will go it alone with no new buyer nor a strategic partner.

What Happened With Cars.com Stock This Quarter?

Unfortunately, the company was unable to offset the disappointing news of no actionable bids with a stronger than expected earnings report.

Cars.com reported second-quarter earnings per share of $0.30 on $148.2 million in revenue. While the EPS number trumped expectations by $0.21, revenue came in short of the consensus estimate of $160.05 million.

Not only did revenue decline 12% year-over-year, but the net loss of $6 million is a reversal of the $12.7 million in net income in the prior year. Softness in April caused a quarterly decline in dealer customers from 19,300 to 18,891, and the direct monthly average revenue per dealer declined 2% year-over-year.

It's not all bad news for Cars.com. The quarter included free cash flow of $41.4 million, a 13% year-over-year increase of average monthly unique visitors to 21.6 million, an increase in traffic visits of 16% year-over-year, and mobile traffic equal to 71% of total traffic. The free cash flow has allowed Cars.com to convert affiliated markets earlier than originally planned.

The company anticipates 2019 revenue declines between 6% and 9%, with adjusted EBITDA margin between 27% and 29%. This outlook includes the conversion of all remaining affiliate markets by October 1, 2019.

The company was spun off from its traditional media owner, Tegna (TGNA -1.07%), formerly Gannett, in 2017. Originally, Cars.com was a pool of online classified ads formed by multiple newspapers aiming to leverage their strength. Converting affiliate markets under the Cars.com roof should help increase revenue by $9 million. Furthermore, the company has repurchased $40 million in stock over the first six months of the year.

Perhaps, this conversion along with the huge drop in valuation since the strategic review process officially began in the beginning of 2019 will bring some bidders back to the table. When the dust settles on today's trade, Cars.com should present an attractive opportunity for the patient investor given the continued buybacks, free cash flow, positive bottom line, and newly discounted valuation that may bring one of the more than a dozen initial interested potential buyers or partners back to the table.

Why Cars.com Stock Was Soaring Today

Why Apple, ON Semiconductor, and Cars.com Slumped Today

These 2 Growth Initiatives Could Be Big Profit Drivers for Cars.com