Please ensure Javascript is enabled for purposes of website accessibility
Log In Help Join The Motley Fool
Free Article Join Over 1 Million Premium Members And Get More In-Depth Stock Guidance and Research
By Demitri Kalogeropoulos - Updated Aug 5, 2019 at 10:07AM

The food delivery specialist is growing quickly, but so are its costs.

Food delivery specialist Grubhub (GRUB) trailed the market last month, shedding 13% compared to a 1% uptick in the S&P 500, according to S&P Global Market Intelligence. That drop left shares well behind the wider market so far in 2019, down about 10% compared to a 17% rise in the S&P 500. 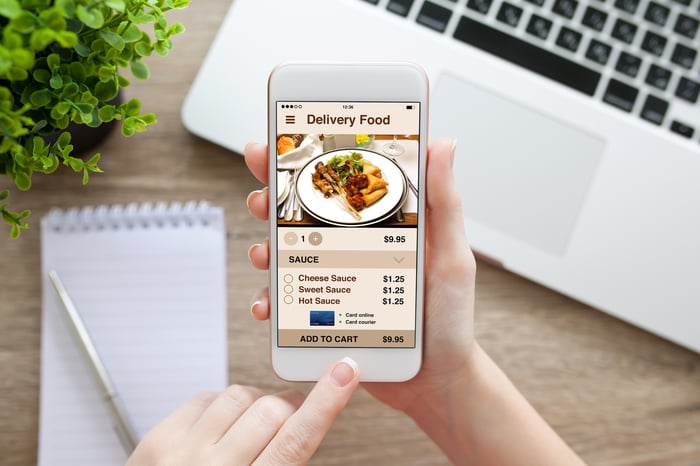 July's slump came following the company's second-quarter earnings report, which paired high growth with spiking costs. Grubhub notched a 36% sales increase as its active diner base passed 20 million users -- up from 15.6 million a year earlier. Yet spiking competition from rivals like Uber Eats and Postmates contributed to weaker profits.

CEO Matt Maloney and his team expressed confidence that the business will gain efficiency as it grows and as new markets come online. That's a tall order, given the intense focus in this niche by most national restaurant chains and by third-party aggregators like Uber Eats. There appears to be room for many winners in the growing food delivery industry, though, and investors can judge Grubhub's effectiveness here by following its growth rate and its profitability metrics over the coming quarters.