Baidu's (NASDAQ:BIDU) stock has plunged nearly 60% over the past 12 months amid concerns about its slowing ad sales and declining profits, as well as competition from rivals like Sogou (NYSE:SOGO), Alibaba's (NYSE:BABA) Shenma, and Tencent's (OTC:TCEHY) WeChat. The economic slowdown in China, the escalating trade war, and the yuan's depreciation have exacerbated the brutal sell-off.

Baidu's net loss in its first quarter, the first time it saw red ink since its IPO, also indicated that the company spent too much cash on marketing efforts and expansions into adjacent markets -- including driverless cars and AI speakers -- without improving its core advertising business. 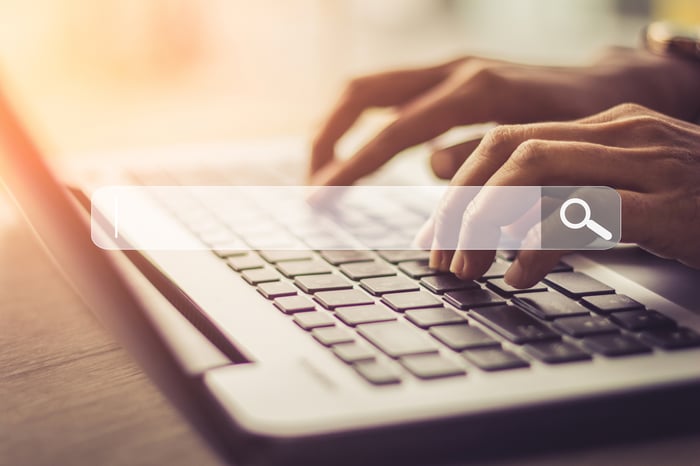 Baidu is still the most popular search engine in China, but QuestMobile's latest rankings indicate that it's only the 10th most popular mobile app. Tencent's QQ and WeChat top the list, followed by Alibaba's Alipay and Taobao. ByteDance's TikTok (known as Douyin in China) ranked seventh, which indicates that the growing Beijing-based startup could become a thorn in Baidu's side.

ByteDance hit a valuation of $75 billion after its latest funding round, making it the most valuable startup in the world. Its family of apps already serves a massive base of Gen Z users in China, the U.S., and other markets, and it recently launched a new mobile search engine to challenge Baidu. Should Baidu's investors be keeping an eye on this growing rival?

ByteDance leverages the popularity of TikTok and Toutiao to expand its digital ecosystem. It launched Mini Programs for TikTok, which let users access other services (like games, purchases, deliveries, and payments) without ever leaving the app. Baidu, Tencent's WeChat, and Alibaba-backed Alipay all offer similar Mini Programs.

ByteDance also introduced the TikTok-linked video chat app Duoshan, a stand-alone messaging app called Flipchat (with integrated payments from Alipay), and the work collaboration platform Lark. ByteDance even recently confirmed its plans to launch a branded smartphone with pre-installed apps in select markets. That's why it wasn't surprising when ByteDance expanded that reach with a mobile search engine. 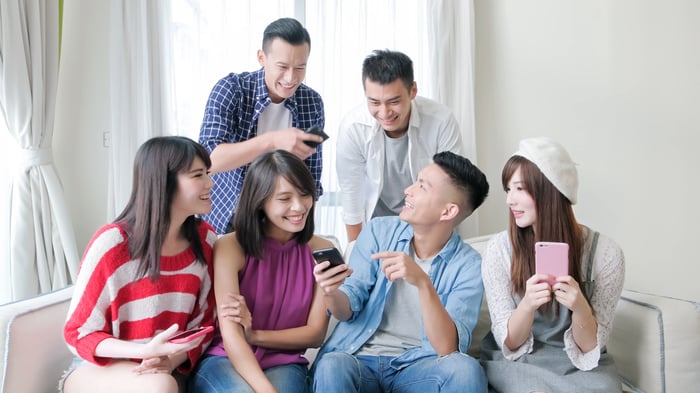 How could ByteDance hurt Baidu?

Simply put, ByteDance is leveraging its strong position in the social media market to challenge older search engines like Baidu, which lack that social component. Baidu offers social media features on its Tieba platform, but that's a sprawling network that has more in common with Reddit than streamlined mobile apps like WeChat, TikTok, and Toutiao.

TechCrunch claims that over 100 people from Baidu, Alphabet's Google, and Microsoft's Bing have joined ByteDance in recent quarters and that the startup is still hiring more people for its growing search division. According to a recruitment listing on WeChat, ByteDance is building a search engine aimed at serving "hundreds of millions of mobile users in China."

Should Baidu be worried?

Baidu is trying to widen its moat against disruptive challengers like ByteDance and Tencent with Mini Programs for its mobile app.

Baidu's DAUs for its mobile app grew 28% annually to 174 million last quarter, giving it an audience roughly as large as Toutiao's. It also stated that MAUs for its Mini Programs rose 23% sequentially to 181 million. Baidu still controls nearly 90% of China's mobile search market, according to StatCounter.

This indicates that ByteDance's search engine for Toutiao won't steal Baidu's crown anytime soon. But if ByteDance gradually integrates its search engine into other apps like TikTok, its reach could expand like wildfire -- especially among Gen Z users. Therefore, Baidu's investors shouldn't panic, but they should keep an eye on this nimble rival.