With a new CEO in place and a groundbreaking "in vivo" dosing study approaching, the gene-editing leader is rightly excited for the future.

Editas Medicine (EDIT 6.89%) announced second-quarter 2019 results on Tuesday after the market closed, once again confirming its on track to move forward with a historic dose-escalation trial for its primary drug candidate, EDIT-101, while advancing its agenda for future experimental medicines. The genome-editing specialist also named a permanent CEO to stand at the helm following the surprise departure of its last chief executive earlier this year.

Let's slice deeper, then, to better understand how EDITAS ended the first half, as well as its plans for coming quarters. 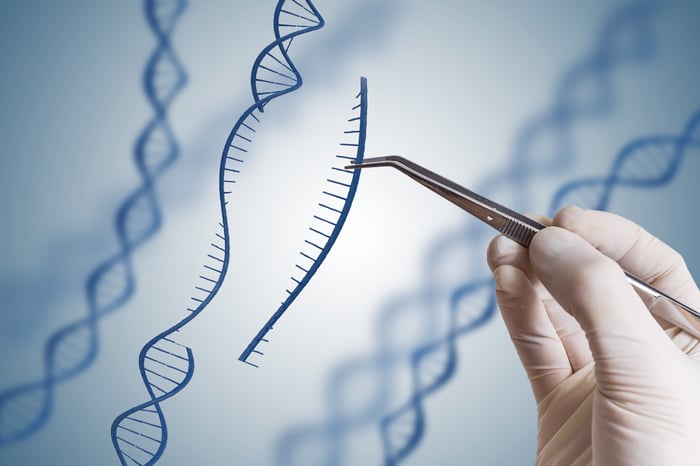 Collins stated she's "pleased and honored to be appointed CEO at this exciting time for the company," adding:

Our team is making history with enrollment under way and patient dosing anticipated in the first ever clinical trial of an in vivo CRISPR medicine. As we enter this new phase in our company's development, we are also advancing our broader pipeline of in vivo CRISPR medicines, including our Usher syndrome program, as well as engineered cell medicines for hemoglobinopathies and cancers.

Editas does not provide specific quarterly revenue or earnings guidance. But the company effectively told investors everything they could have hoped to hear in these early stages, from EDIT-101's dosing trial remaining on track to the continued allocation of capital to support its growing portfolio of other experimental medicines.