Please ensure Javascript is enabled for purposes of website accessibility
Log In Help Join The Motley Fool
Free Article Join Over 1 Million Premium Members And Get More In-Depth Stock Guidance and Research
By Daniel B. Kline - Aug 6, 2019 at 5:32AM

The retailer has had plenty of success with limited-availability collections, and this one should be a doozy.

The retail world is a bit like high school: If you hang out with the cool kids, some of their coolness rubs off on you.

Target (TGT 2.41%) has long taken advantage of that fact by partnering up with trendy, high-end designers whose wares wouldn't normally be found in a discount chain store. The designers get mass-market exposure; customers get an affordable taste of styles that might normally be out of their budgets; and the retailer gets to buff up its cheap-chic, "Tar-zhay" street cred.

To celebrate how well that strategy has worked over the years, Target has just announced it's holding a 20th-anniversary event featuring throwbacks to some of its most-popular partnerships. 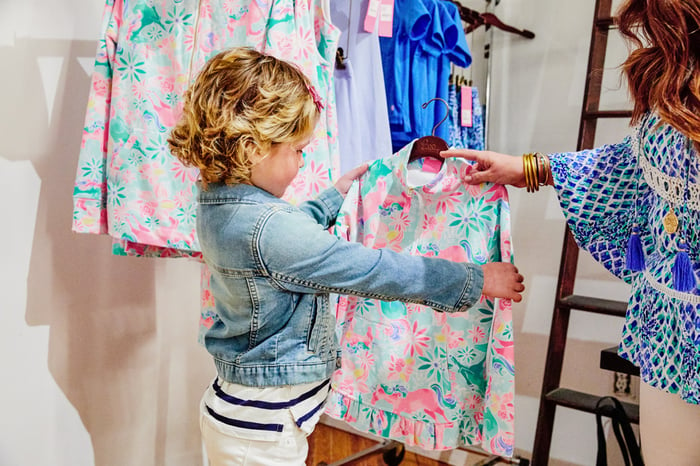 Target is bringing back part of its Lily Pulitzer line. Image source: Target.

The retail chain will revisit its past glories by reviving nearly 300 items from its partnerships with designers including Anna Sui, Rodarte, Zac Posen, Missoni, and Lilly Pulitzer. This out-of-the-archives collection, which will include, apparel, accessories, home décor, and kitchen necessities, will go on sale Sept. 14, and continue until the items sell out.

Everything in the limited-edition anniversary collection will cost between $7 and $160. Shoppers will be restricted to buying a maximum of five items per size and color -- a policy intended to at least somewhat reduce the ability of enterprising people to scoop up large quantities and resell them on auction sites.

The full collection will be previewed online, but selections will vary by store.

"Design has always been a part of Target's DNA. From our stores and the products we create to the partnerships we cultivate, our focus on accessible design sets Target apart, and is one of the reasons guests love to shop with us," said Chief Marketing Officer Rick Gomez in a press release. https://corporate.target.com/press/releases/2019/08/target-celebrates-20-years-of-designer-partnership

Leveraging the appeal of its famous partners to draw people into its stores is a strategy has worked well for the company, and this influx of limited-availability items should create something of a frenzy among Target fans.

The company is basically forcing consumers to shop on a random day in September because if they don't, they may miss out on their chance to score any of these offerings. It can also be viewed as another reply to Amazon's Prime Day -- and one that the e-commerce titan can't copy. Amazon may have a vast catalog -- but it can't duplicate this merchandise. Reminding customers again that Target does have some of that "can't get it anywhere else" gear can only strengthen the brand, and create a halo effect that will reinforce the retailer's singular place in the market.

The value side of Target may dominate, but its unique merchandise and celebrity partnerships are a key part of its identity too. With this event, the retailer is reminding everyone that it sits with the cool kids at lunch, and is inviting everyone to the table.