Even though the company has struggled to generate free cash flow for some time, management plans to spend more in 2019.

Shares of oil and gas producer Oasis Petroleum (OAS) are down 26.3% as of 11:30 a.m. EDT today. Even though the company reported second-quarter adjusted earnings that were more or less in line with Wall Street's expectations, management's decision to increase capital spending has some investors concerned.

On paper, Oasis Petroleum's results don't look like something that would merit a large stock drop. Earnings for the quarter, adjusted for some one-time noncash gains, came in at $0.03 per share. That result missed analyst expectations by a penny. 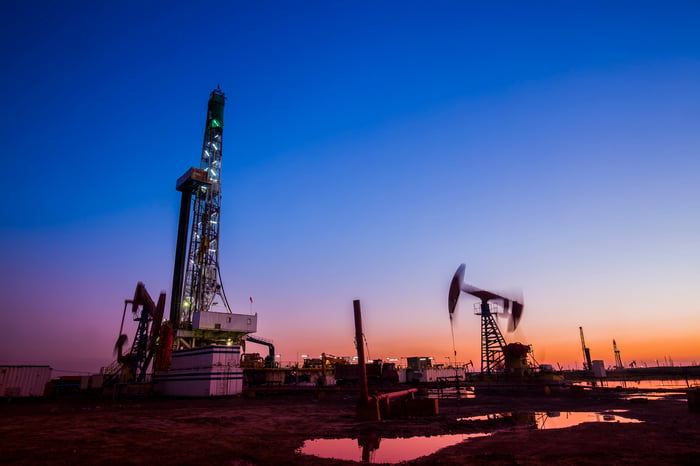 The larger reason Oasis' stock is tanking today is that the company revised its capital expenditure budget for fiscal 2019. Management now expects to spend between $850 million and $890 million, up from an initial plan of $750 million to $790 million, thanks to improved drilling efficiency at its rigs and higher working interest on both operated and non-operated wells.

A higher budget sounds good -- until you look at the cash flow statement. So far in 2019, the company has spent $102 million more than what it brought in for the year. With oil prices still in the low $50s per barrel, it's hard to picture a scenario where increasing capital spending is going to actually improve that cash flow number.

For the past several years, several oil and gas producers have been burning through cash, and Oasis Petroleum has been one of the guilty parties. It has outspent its cash-generating abilities every year for close to a decade. It would appear that it intends to maintain that streak in 2019. 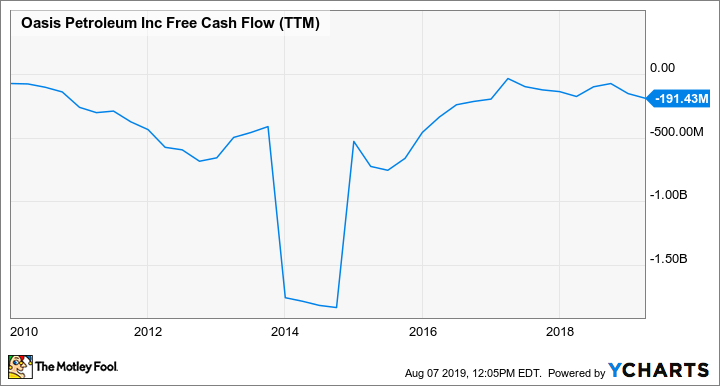 Many oil and gas investors are at their wits' end with companies burning through cash and relying on debt, equity, or asset sales to support their capital spending plans. Today's stock drop is a sign that few investors are willing to hang around to let Oasis prove that it can generate a positive cash return.

Unless the company can prove it can do that -- and there is little evidence that it ever will -- investors would do better to avoid this stock.