Please ensure Javascript is enabled for purposes of website accessibility
Log In Help Join The Motley Fool
Free Article Join Over 1 Million Premium Members And Get More In-Depth Stock Guidance and Research
By Demitri Kalogeropoulos - Aug 7, 2019 at 9:09AM

Domino's (DPZ 2.90%) stock trailed the market last month, shedding 12% compared to a 1% uptick in the S&P 500, according to S&P Global Market Intelligence. That decline put the restaurant chain in negative territory for the year compared to a 17% increase in the wider market. 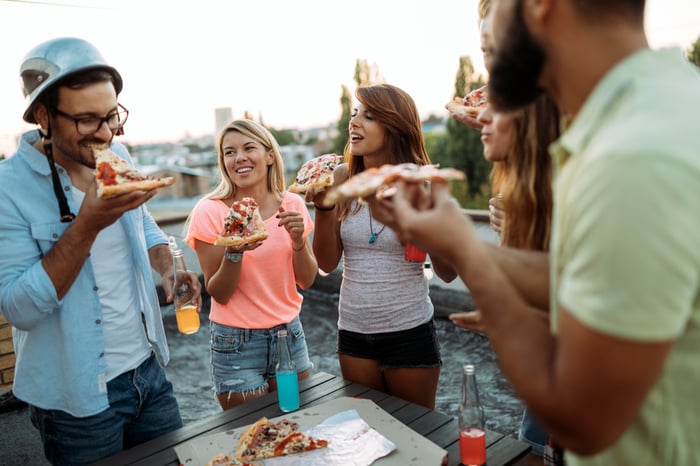 Investors pushed shares lower after the pizza delivery leader reported sluggish sales growth for the fiscal second quarter. In mid-July, Domino's revealed its fifth consecutive quarter of slowing comparable-store sales, which fell to 3% from 4% in the previous quarter. Shareholders had enjoyed comps of 8% as recently as early 2018.

Domino's executives said that some of the slowdown can be pinned on the chain's "fortressing" strategy that involves adding locations close to existing stores. This initiative pressures sales growth in the short term but boosts earnings and revenue over time by keeping competitors locked out. Thus, investors can reasonably expect growth to accelerate in future quarters. It's also important to remember that Domino's is still capturing market share even at its reduced expansion rate. Yet the stock may continue trailing the S&P until sales growth stabilizes, both in its core U.S. geography and in the international division.