Shares of LivePerson (NASDAQ:LPSN) gained 18.4% in July, according to data from S&P Global Market Intelligence. The stock gained ground after the company detailed new product offerings and partnerships. 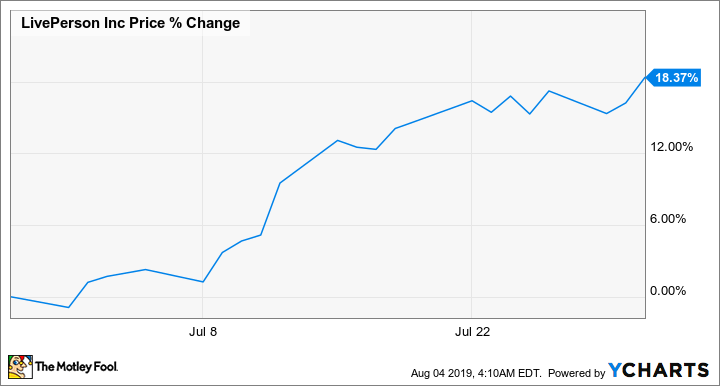 LivePerson published a press release on July 1 revealing that its software had been integrated with SAP's Upscale Commerce software platform for online retail. The company then published a press release on July 24 saying that it had launched its first WhatsApp integration for an automotive dealer -- Tricolor Auto Group, an automotive retail platform focused on Spanish speakers in California and Texas. These news items, combined with broader market momentum, helped push LivePerson's stock up by double digits in the lead-up to the publication of its second-quarter results on July 31. 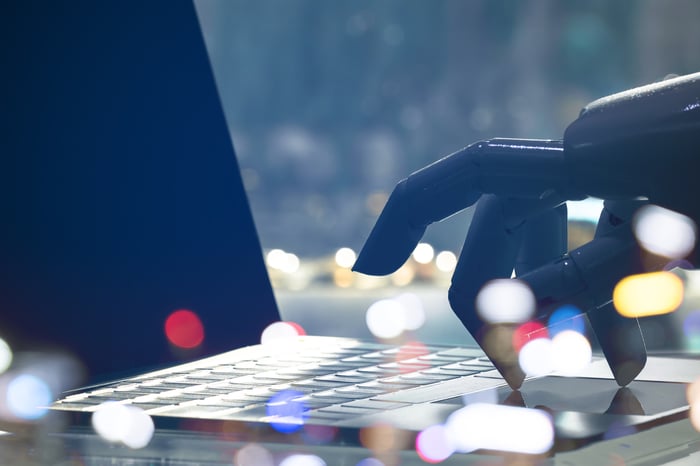 LivePerson's progress in securing new contracts and increasing revenue per client was evident in its second-quarter report. The company recorded $71 million in revenue in the second quarter, up 15% year over year. It managed to ink 142 new deals in the quarter, up 50% compared to the prior-year period -- with 74 of those deals coming from new customers. Average revenue per enterprise and mid-market customer over the twelve month period hit $310,000 -- up from $255,000 in the previous comparable trailing twelve month period.

Despite another turn away from reconciliation in the ongoing trade dispute saga between the U.S. and China and indicators suggesting a global economic slowdown creating pullback for major markets, LivePerson stock has proven pretty resilient in August. It has climbed roughly 4% in the month so far, a notably strong performance for a growth-dependent stock amid sell-offs for the broader market. 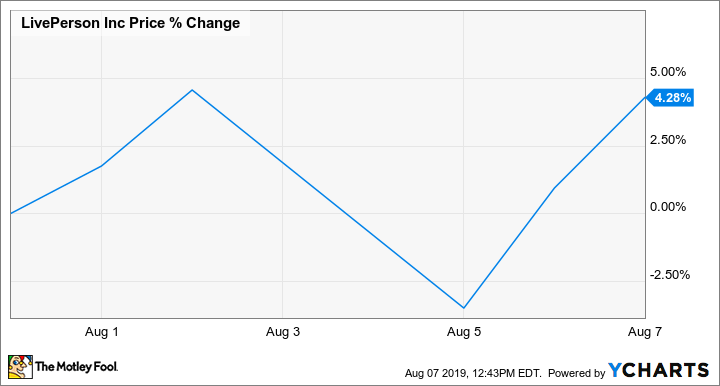 The market-beating performance this month is even more notable because, while the company's second quarter revenue narrowly topped the average analyst estimate, its loss per share of $0.20 came in significantly worse than the average analyst estimate's call for a loss of $0.11 per share. LivePerson is still a young company with plenty of room for growth, so it looks like the market is putting more emphasis on the company's client growth and outlook.

With its second-quarter report, the company raised its 2019 revenue guidance to between $288.5 million and $292.0 million -- up from the previously target for annual revenue between $284.5 million and $291.5 million. The company did revise its full-year adjusted EBITDA target to between $0.0 million to $5 million, but management says that this stems from unexpected new demand and that revenue would accelerate in the fourth quarter.