Wednesday was a tough day on Wall Street, but things could've been a lot worse. Early in the session, major benchmarks posted big losses, but investors got their confidence back in the afternoon. That was enough to minimize the damage to the market despite ongoing worries about central bank intervention and macroeconomic setbacks. Investor sentiment also took a hit from some bad news affecting certain individual companies. The New York Times (NYSE:NYT), Oasis Petroleum (NYSE:OAS), and Hecla Mining (NYSE:HL) were among the worst performers. Here's why they did so poorly.

Shares of The New York Times fell 12% after the newspaper giant released its second-quarter financial results. Revenue increased 5% from year-ago levels, and The New York Times saw a nearly 7% rise in net income. Yet adjusted operating profit fell slightly over the same period. Even though the company did well on the digital ad front, The New York Times said that it expects more pressure on that segment of the business in the second half of 2019 as the environment gets more competitive. CEO Mark Thompson tried to reassure investors that short-term declines in profitability would pay off because of investment into boosting its subscription count, which currently numbers 4.7 million. Shareholders still seem nervous, though, about the news provider's ability to transform itself into a viable business for the long run. 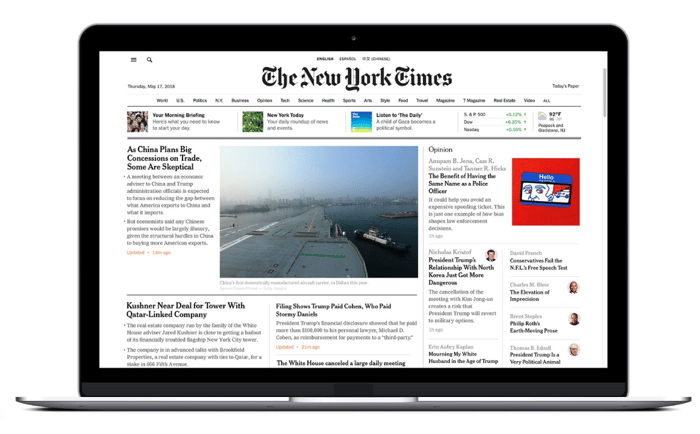 Oasis Petroleum saw its stock plunge 31% after the oil and gas exploration and production company discussed its second-quarter financial results. Revenue was down 8% from year-ago levels due largely to poor performance in the energy markets, although Oasis did reverse a big year-earlier loss with a modest profit for the quarter. Yet investors didn't seem to like Oasis' decision to use available free cash flow from its assets in the Williston Basin area of North Dakota to fund expansion in the Delaware Basin play in West Texas and southern New Mexico. Aggressive capital investment could pay off if oil prices rise, but right now, volatile energy markets have Oasis shareholders less than confident about the move.

Finally, shares of Hecla Mining sank 16.5%. The silver mining specialist suffered a 9% drop in revenue for the second quarter of 2019, reversing a year-earlier profit with a more sizable loss for the period. The company pointed to higher costs and lower grades and recoveries at its Nevada-based mining properties, including Greens Creek and Casa Berardi. Realized silver prices were down 10% year over year, coming in at just over $15 per ounce. Yet investors essentially ignored Hecla's higher full-year production estimates, and if current silver prices around $17 per ounce hold, it could bring a big profit recovery for Hecla in the near future.