Appian (NASDAQ:APPN) has had an incredible run since going public just over two years ago. The company has also been extremely volatile -- and that has certainly been the case in 2019. While the stock is up nearly 50% so far this year -- more than triple the performance of S&P 500 -- investors have endured more than one instance of the stock falling double-digit percentages. 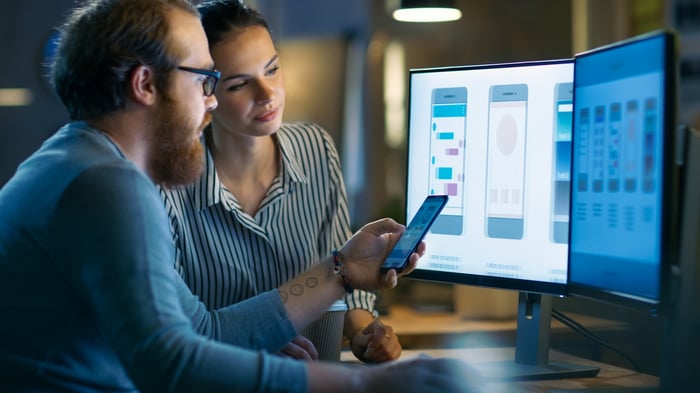 Appian has capitalized on the growing dominance of mobile apps and the ongoing shortage of skilled coders to develop those apps. The company's low-code platform facilitates the design and development of software applications without requiring advanced computer coding skills. For users who possess those skills, it speeds up the process by making it more efficient.

Because Appian has helped facilitate the app economy, the company has seen high demand for its platform. Another driver has been the "Appian Guarantee," which pledges that new customers will be able to finish their first project in just eight weeks.

From a long-term perspective, the most important component of the the company's results is recurring revenue. During the quarter, subscription revenue grew to $33.6 million, up 32% year over year. The subscription revenue retention rate clocked in at 116%, meaning that once customers discover the ease of Appian's platform, they tend to expand their use of its tools. On the conference call, CEO Matt Calkins said the number of seven-figure deals increased during the quarter by eight of the company's existing customers.

For the second quarter, Appian is guiding for total revenue in a range of $63.3 million to $63.8 million, which would represent year-over-year growth of between 6% and 7%. Subscription revenue is forecast to be between $36.5 million and $36.7 million, an increase of between 35% and 36%. Appian is anticipating an adjusted loss per share in the range of $0.17 to $0.18.

The consistent increases in the company's recurring revenue and high retention rate are good indicators of Appian's future success, and investors will be looking for more of the same when Appian reports earnings.