At least for the time being, Norwegian Cruise Line Holdings (NYSE:NCLH) appears to have found an often-elusive balance in the cruise-ship industry between bookings and ship capacity. The cruise-line operator hasn't had much trouble filling new fleet capacity, as illustrated by its extremely popular vessel Norwegian Bliss, which launched sailings in April 2018.

Below, we'll review the company's impressive second-quarter 2019 earnings report, released on Thursday before markets opened for trading, and uncover the success factors behind its fast-rising top line and profits.

(Note that all comparative numbers in the discussion that follows are presented against the prior-year quarter.) 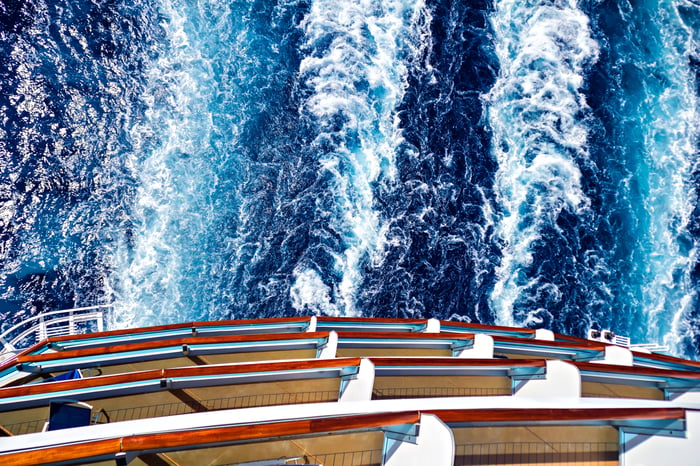 The one internal and one external headwind mentioned above notwithstanding, Norwegian remains on pace for an extremely profitable year. In the cruise-specialist's earnings press release, CEO Frank Del Rio enumerated current pillars of its buoyant revenue:

Continued robust demand for our global brands along with our strong consumer focused value proposition, honed revenue management practices and best guest marketing strategy, enabled us to continue to drive ticket pricing higher which, when coupled with strong onboard revenue performance, resulted in record second quarter results. The underlying fundamentals of our business remain strong across all core markets, and we continue to expect record financial results in 2019, despite the impact from the change in federal regulations which resulted in the cessation of premium-priced Cuba sailings.

Norwegian adjusted full-year earnings projections to account for impacts related to the Pearl and Cuba restrictions on Thursday. The company anticipates full-year adjusted EPS of $5.00-$5.10, versus its earlier range of $5.40-$5.50. Net yield growth is chalked in at 2.1% and 2.6% in constant currency, against a previous outlook for 3%-4% (and 3.5%-4.5% in constant currency).

For the third quarter, the cruise operator expects net yield to land at 1.5% (1.75% in constant currency) and is targeting adjusted EPS of $2.15. Given the company's current momentum, it has a decent chance to exceed both full-year and third-quarter guidance -- absent any new unanticipated headwinds.