Picking up largely where it left off last quarter, Norwegian Cruise Line Holdings (NYSE:NCLH) posted impressive metrics in its first-quarter 2019 earnings report released on Thursday. The cruise specialist capitalized on new capacity in its fleet, while enjoying solid bookings and higher onboard spending courtesy of a moderately expanding global economy. Below, let's walk through headline numbers and salient details from the quarter, and also examine management's outlook going forward.

Note that all comparative numbers in the discussion that follows are presented against the prior-year quarter. 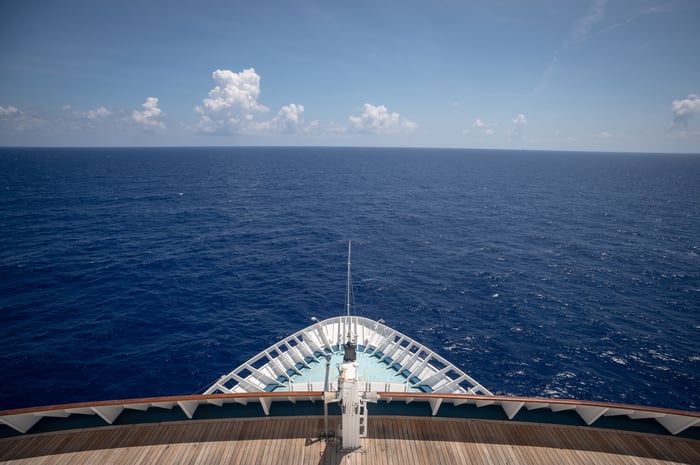 We were pleased to enter the year in a record booked position, which when combined with a solid WAVE season and record results for the first quarter, paved the way for an increase to our full year Adjusted EPS [earnings per share] outlook that now exceeds the high-end of our previous guidance range, and would result in yet another year of double-digit Adjusted EPS growth. Our modest in-year capacity growth of less than 3%, coupled with continued robust global demand for our portfolio of brands allowed us to focus on driving pricing as evidenced by our first quarter topline beat, our record wave season pricing and higher net yield growth expectations for the remainder of the year.

Norwegian also released second-quarter guidance that projects net yields growth of 5% and adjusted EPS of $1.33. The aggressive net yields target is an indication of both management's confidence and the benign operating environment that Norwegian is currently sailing in. As the company meets robust passenger demand in the coming quarters, it's entirely possible that shareholders will see at least one more positive revision to full-year earnings.