Please ensure Javascript is enabled for purposes of website accessibility
Log In Help Join The Motley Fool
Free Article Join Over 1 Million Premium Members And Get More In-Depth Stock Guidance and Research
By Rich Smith – Aug 8, 2019 at 10:57AM

Sales slump, and profits fall off a cliff.

For fiscal H1, Kraft reported a 5% decline in sales to $12.4 billion and a much steeper 24% decline in earnings per share -- $1.44. Management noted that "promotional timing" and lower prices charged on its products hurt both sales and revenues in the period. 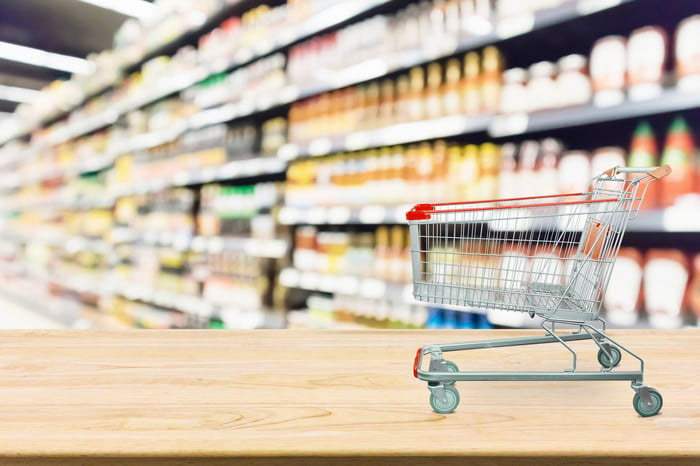 Arguably worse, Kraft's 24% decline in "profit" referred to pro-forma profit only, not to profits calculated according to generally accepted accounting principles (GAAP). By that more standardized measure, Kraft actually earned only $0.70 per diluted share in H1 -- more than a 50% drop from last year's H1 profit of $1.43 per share.

To his credit, Kraft Heinz CEO Miguel Patricio did not mince words when describing the results: "The level of decline we experienced in the first half of this year is nothing we should find acceptable moving forward. ... We have significant work ahead of us to set our strategic priorities and change the trajectory of our business."

Patricio certainly has his work cut out for him. On the one hand, analysts still hope to see Kraft Heinz earn $2.77 per share this year (presumably pro forma), and from that perspective, the $1.44 pro forma that Kraft earned in H1 means the company is more than halfway toward the goal Wall Street set for it. On the other hand though, Street analysts also want to see Kraft post full-year sales of $25.7 billion -- and the $12.4 billion that Kraft turned in in H1 suggests the company is less than halfway toward that goal here at the halfway mark for the year.