Sherwin-Williams (NYSE:SHW) stock outpaced the market last month by gaining 12% compared to a 1% uptick in the S&P 500, according to S&P Global Market Intelligence. The rally put shareholders back in solidly positive territory, with shares up over 25% so far in 2019 compared to a 14% gain in the broader market. 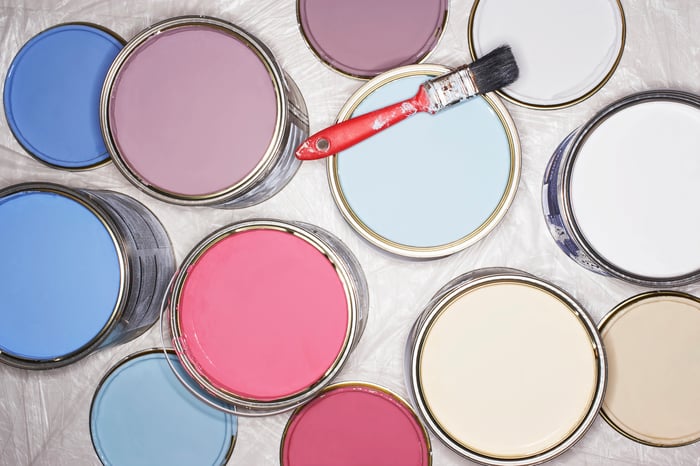 July's rally came following a strong earnings announcement by the paint giant. Sherwin-Williams revealed late in the month that same-store sales jumped 4% in its core U.S. locations due to a mix of rising volumes and increased prices. These gains were just partially offset by weakness in a few international geographies. Sherwin-Williams notched higher profitability in each of its three core business divisions.

CEO John Morikis and his team projected steady growth in the third quarter and for the remainder of fiscal 2019, and earnings are forecast to land between $16.14 and $17.14 per share. That outlook amounts to an affirmation of the company's prior forecast, which investors took as good news given the weakening of key markets like Europe and Asia. Faster global economic growth might remove these headwinds, but Sherwin-Williams is showing that it can achieve robust earnings gains in any case.