Medical device specialist NuVasive (NASDAQ:NUVA) outpaced the market last month by gaining 14% compared to a 1% uptick in the S&P 500, according to S&P Global Market Intelligence. The rally lifted shares to an over-30% return so far in 2019 compared to 16% growth in the broader market. 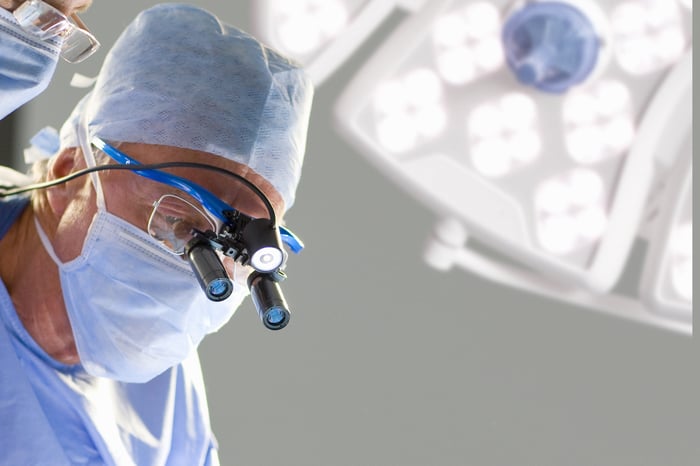 July's rally was sparked by a late-month quarterly earnings announcement that was well received on Wall Street. In that report, the company announced modestly higher sales that met expectations. Earnings growth was more robust than expected, though, on strength in NuVasive's U.S. market.

CEO J. Christopher Barry and his team relied on the rising margins they've seen over the last six months to boost earnings targets for the broader 2019 year. Executives are now calling for non-GAAP operating margin to reach between 15.3% of sales and 15.7%, up from the prior range of 15% to 15.5%. "We remain optimistic on delivering on our financial commitments," CFO Rajesh Asarpota said in the earnings call. Thus, when faced with a brighter earnings outlook and steady revenue growth, investors found good reasons to send the stock higher.