Yelp (NYSE:YELP) announced second-quarter 2019 results on Thursday after the market closed, delivering slightly better-than-expected profitability on revenue squarely at the center of its target range. For that, management credited the company's execution of several initiatives outlined last quarter -- when those same targets incidentally left investors underwhelmed -- with the aim of accelerating both top- and bottom-line growth.

Perhaps unsurprisingly, Yelp stock is up around 5% in after-hours trading as the market reviews the news. Let's have a closer look at what the local business review leader accomplished to end the first half. 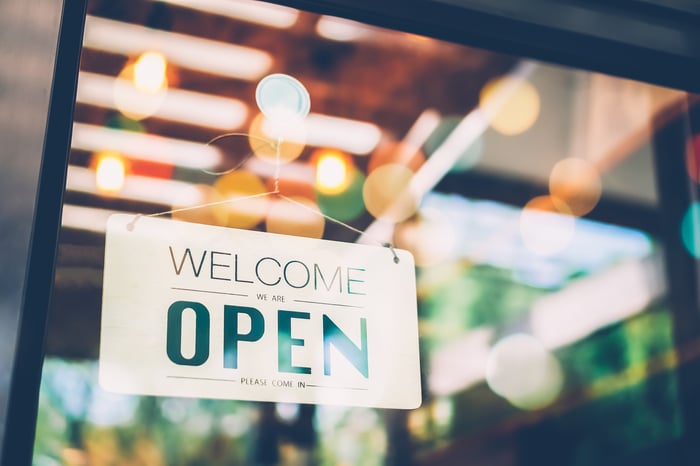 In his second-quarter letter to shareholders, Yelp co-founder and CEO Jeremy Stoppelman touched on the company's progress on initiatives to drive accelerated growth, including improving its go-to-market strategy, innovating new business-centric products, bolstering monetization, and maximizing its value proposition:

[W]e are making substantial progress on the business transition we designed to propel Yelp far into the future. Building on Yelp's established consumer brand, strong mobile growth, and proven local sales model, we are elevating our focus on advertisers and business owners, and closely integrating product and marketing into our go-to-market strategy. Yelp's considerable assets and the successful execution of our strategic plan have the potential to deliver strong and sustainable long-term growth, increasing profitability, and significant returns for shareholders in the years ahead. In addition to the financial highlights of the second quarter -- which include growing earnings per diluted share by 30% year over year -- we are highly encouraged by our team's strong execution, which has set the stage for accelerating revenue growth in the second half of the year.

More specifically for the third quarter of 2019, Yelp expects revenue to increase 8% to 10% year over year -- roughly in line with analysts' consensus models -- while adjusted EBITDA margin should expand by 1 to 2 percentage points.

So, Yelp reiterated its full-year 2019 guidance for revenue growth of 8% to 10%, and adjusted EBITDA margin expansion of 2 to 3 percentage points.

In the end, with shares of Yelp down nearly 30% over the past year leading up to this report, coupling this guidance with its slight outperformance in Q2 was exactly what skittish investors needed to see. And shares are rightly climbing in response.