The market's been volatile these days, and that's given bulls and bears plenty to brag about. Last week belonged to the bears, with all of the major market indices moving lower. There were a lot more stocks hitting 52-week lows than 52-week highs, but there were still plenty of surprising names moving higher.

Casey's General Stores (NASDAQ:CASY), The Trade Desk (NASDAQ:TTD), and Shopify (NYSE:SHOP) are among the hundreds of stocks that hit fresh highs this past week. Let's take a closer look to see why they're standing out in making winning connections with investors. 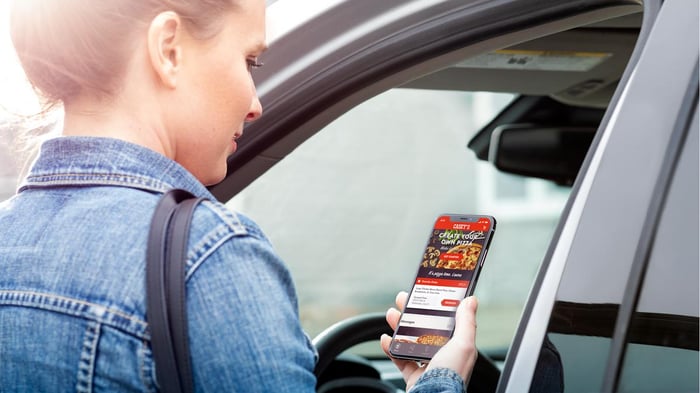 Convenience stores don't seem like a hot niche for investors. Fuel, accounting for more than 60% of Casey's revenue, has been a dud given the improving gas-mileage efficiency of newer cars and fading auto ownership trends among millennials. Folks also would seem to have fewer reasons to hit up the local convenience store with the booming popularity of same-day delivery services.

Casey's General Stores is bucking the trend, working magic inside its stores despite weaker traffic at the gas pumps outside. Same-store sales rose a head-turning 5.7% for its grocery and merchandise offerings in its latest quarter, along with a respectable 2% uptick for prepared foods and fountain sales. Hopping on the e-commerce trend with a website redo, a new mobile app, and excelling in pizza delivery are helping.

Even on the fuel front, where where same-store gallons sold declined 2.8%, Casey's is finding a way to come out ahead on the bottom line with a fuel price optimization strategy that's boosting profitability. Shrewd cost controls are helping turn revenue growth in the mid-single digits into strong double-digit growth in earnings.

Advertising is another industry that doesn't get a lot of love from growth investors. It's hard to get marketing missives out as consumers flock to ad-free video and radio streaming for entertainment while canceling their print magazine and newspaper subscriptions. The Trade Desk is winning by disrupting a market that's ripe for the upheaval process.

The Trade Desk specializes in programmatic advertising, helping advertisers allocate marketing spend through algorithms that optimize placement. Top-line growth at The Trade Desk accelerated to 42% in last week's second quarter, suggesting the company's approach is working. Clients are happy with quarterly retention rates clocking in north of 95% for more than a decade. It all "ads" up in an otherwise challenging industry.

Unlike Casey's and The Trade Desk, Shopify toils away in a hot market. The Canadian company has a popular e-commerce platform, arming hundreds of thousands of merchants with the tools to sell online. Revenue soared 48% in its latest quarter, boosting its full-year guidance -- again. The stock hit another all-time high on Friday, nearly two weeks after its blowout second-quarter performance.

Shopify makes the cut in this list as a surprising name because the stock has now more than tripled since bottoming out eight months ago. There have been plenty of boo birds fussing over the stock's valuation, only to get burned as the shorts get squeezed.