The market's reaction was muted, to say the least, with shares inching down 0.1% the day after the earnings announcement.

Here's how the quarter worked out for the do-it-yourself (DIY) moving leader and growing self-storage player, which also has two insurance company subsidiaries. 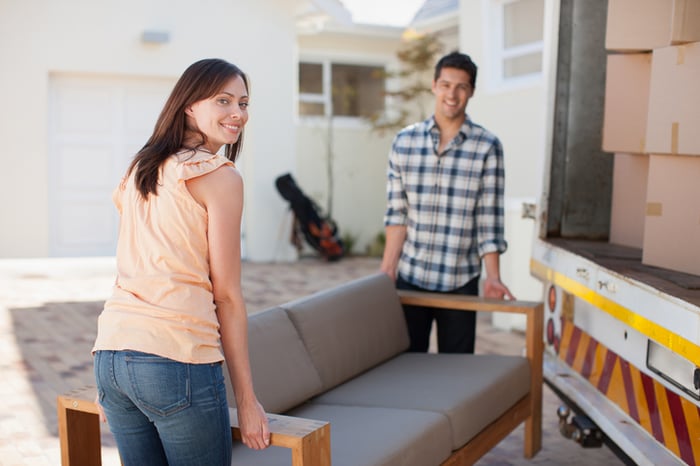 There are only two Wall Street analysts who provided estimates, so the consensus estimates have even less value than usual for long-term investors. (The Street has a short-term focus.) That said, for context, analysts were looking for EPS of $7.60 on revenue of $1.05 billion. So Amerco fell short of the profit expectation but beat on the top line.

Here's what CEO Joe Shoen had to say in the earnings release:

Modest revenue gains in the equipment rental business reflect continued demand for self-move equipment. Self-storage revenues continue to improve as we fill units and should continue to do so. The self-storage market is very competitive and we are competing.

Reiterating what I wrote last quarter, "Amerco's financial performance isn't back to its level of a few years ago. However, its year-over-year profitability improved in the quarter thanks to a combination of solid revenue growth in its core U-Haul business and operating costs being kept under better control."

As to controlling operating costs, the company's fleet maintenance and repair costs decreased $2.5 million in the quarter compared to the year-ago period.