Growing fears that the U.S.-China trade war is escalating caused the market to plunge on Monday. The Dow Jones Industrial Average (DJINDICES:^DJI) and the S&P 500 (SNPINDEX:^GSPC) both fell more than 1%. Financial stocks took the biggest hit today, but all 11 sectors closed down, and declining issues outnumbered advancing ones by more than 2 to 1. 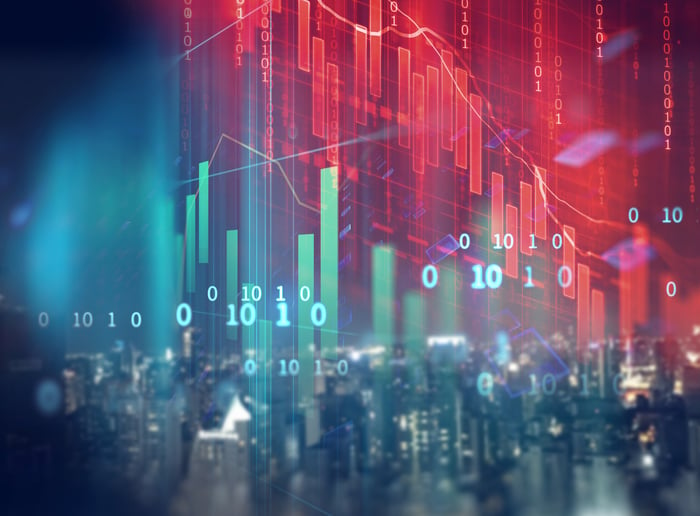 Sysco reported mixed results for the fiscal fourth quarter, but investors liked the food distributor's profit growth, and shares rose 3.1%. Sales increased 1% to $15.48 billion, missing the analyst consensus estimate of $15.62 billion. But aggressive cost-cutting and share buybacks boosted adjusted earnings per share 17% to $1.10, well ahead of the $1.06 Wall Street was expecting.

Case volume growth was lower than the company had expected, with local case volume within U.S. broadline operations up 1.4% and total domestic case volume up 0.4%. Domestic sales grew 2.8%, while international sales fell 0.8%, but would have been flat without the effect of currency. Gross profit increased 2.1% and gross margin improved by 21 basis points.

Sysco faces headwinds from increasing labor costs in transportation and warehouses, but solid expense management in other areas is resulting in steadily increasing cash flow to support share repurchases and the company's dividend, which has a current yield of 2.2%. For the full year, free cash flow grew 17% to $1.74 billion. Investors have been wary of potential competition from Amazon, but Sysco continues to project double-digit growth in earnings through next year.

The scandal surrounding Canadian marijuana producer CannTrust expanded today after the company announced that the second of its two major facilities was found by Health Canada to be noncompliant with regulations. Shares plunged 26.8%.

CannTrust said that it accepted the regulator's findings about its manufacturing facility in Vaughan, Ontario, after a July inspection uncovered violations dating back to June 2018. Five rooms were converted from operational areas to storage areas and two new areas were constructed without prior approval by the agency. Security controls and quality assurance were found to be inadequate, standard operating procedures didn't meet regulatory requirements, and document retention was found lacking.

A finding in July that CannTrust had been growing marijuana in unlicensed rooms in its Pelham greenhouse facility, reportedly with the knowledge of senior leadership, led to the company putting a hold on the sale and shipment of all cannabis products, firing its CEO, and delaying the filing of its second-quarter report. Shares spiked last Friday, apparently on short covering, but gave up most of those gains today.