Shares of Nektar Therapeutics (NASDAQ:NKTR) had fallen by 11.5% as of 11:31 a.m. EDT on Monday. The biotech stock crashed on Friday, closing 27% lower after revealing in its second-quarter update Thursday evening that it had discovered issues with two manufacturing lots of experimental drug bempegaldesleukin ("bempeg" for short) used in early clinical studies. Nektar also hinted that there could be a delay in finalizing the development program for bempeg and Opdivo with its big partner, Bristol-Myers Squibb.

There hasn't been any more news since Nektar provided its second-quarter update on Thursday. However, the sell-off continued as investors remain very uneasy over the biotech's manufacturing issues with bempeg and the possibility that Bristol-Myers might scale back its collaboration with Nektar. 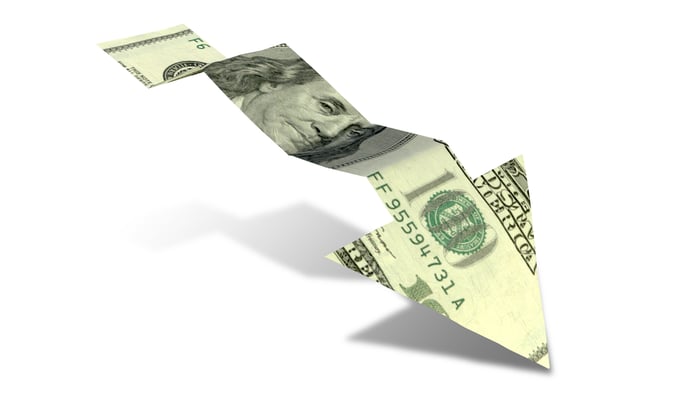 Is the continued decline overdone? It's too soon to know. There's much that remains unknown at this point about the impact of the manufacturing issues with bempeg. However, Nektar confirmed that no material from the two lots that were found to have issues are being used in any ongoing clinical trials. The company has also developed a plan to address the issues and has submitted it to the Food and Drug Administration.

More information from Nektar about the issues would likely help calm investors. But for now, no additional news is translating to more bad news for the biotech stock.

Nektar could announce more details in the near future that will either reassure investors or stoke their fears. In the meantime, the company awaits a big FDA decision on approval for pain drug NKTR-181. The decision is still scheduled for Aug. 29, although it's possible there could be a delay because an advisory committee meeting to review the drug was postponed recently.