The stock market posted huge advances on Tuesday, with investors reacting favorably to news that expected tariffs on Chinese goods would be delayed. The Trump administration signaled that more favorable negotiations between the U.S. and China had prompted the move, helping ease fears among market participants that a protracted trade war would cause damage to both countries' economic prospects. Yet some stocks still lost ground. Sibanye-Stillwater (NYSE:SBSW), Bloom Energy (NYSE:BE), and Covetrus (NASDAQ:CVET) were among the worst performers. Here's why they did so poorly.

Shares of Sibanye-Stillwater finished lower by 7% after the gold and platinum-group metals miner got bad news from a key labor union. Comments from South Africa's Association of Mineworkers and Construction Union indicated that they weren't satisfied with a wage offer made to workers at the Lonmin mine, which Sibanye-Stillwater acquired earlier in 2019. The mining company maintains that it can't economically meet the union's higher demands, but union officials believe that the Sibanye offer could provoke a strike. With labor issues in South Africa affecting the entire mining industry, Sibanye-Stillwater isn't alone in dealing with tough conditions. 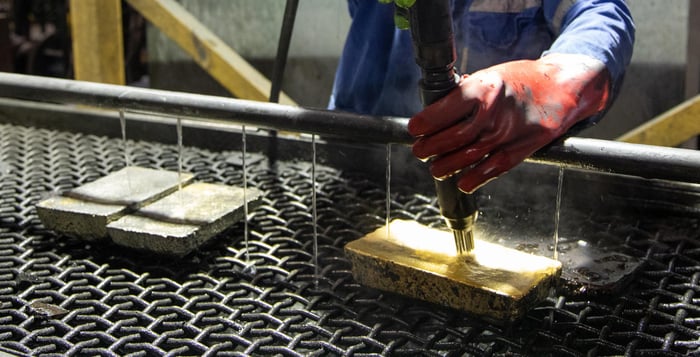 Bloom Energy's stock fell more than 42% following the fuel-cell specialist's release of second-quarter financial results. Bloom's performance wasn't terrible, as revenue jumped by nearly half and the company posted a narrower loss than it did in the prior-year period. However, the company said that growth could essentially disappear in 2020 as key jurisdictions like California and New York change their rules governing subsidies for natural gas-powered fuel cells. If the trend against fossil fuel-powered fuel cells doesn't reverse itself, then Bloom could have a lot of trouble finding sustainable future growth.

Finally, shares of Covetrus lost 40% of their value. The veterinary technology platform provider said that adjusted organic net sales fell 1% from year-ago levels in the second quarter of 2019, and even in the key North American market revenue rose just 6%. Covetrus also lost money during the period, and it cut its guidance for the full 2019 year. The company cited weakness in end markets, as well as the timing of certain infrastructure projects in reducing adjusted pre-tax operating earnings projections. Even though CEO Benjamin Shaw tried to remain optimistic about the progress that Covetrus has made, shareholders wanted to see more signs of accelerating growth than the company delivered.