Wall Street's love affair with Eventbrite (NYSE:EB) didn't last long. It's been 11 months since the online ticketing specialist went public at $23, closing above $36 on its first day of trading. The stock has gone on to shed more than half of its value, and Eventbrite is now a broken IPO after spending the last three months and change in the teens.

Poorly received financial results, a CFO shuffle, and even fallout from the cancellation of a prominent music festival have weighed on Eventbrite, but there's still a lot to like about the out-of-favor investment. Let's go over Eventbrite's rough rookie season and why it's well positioned to bounce back in its second year of public trading. 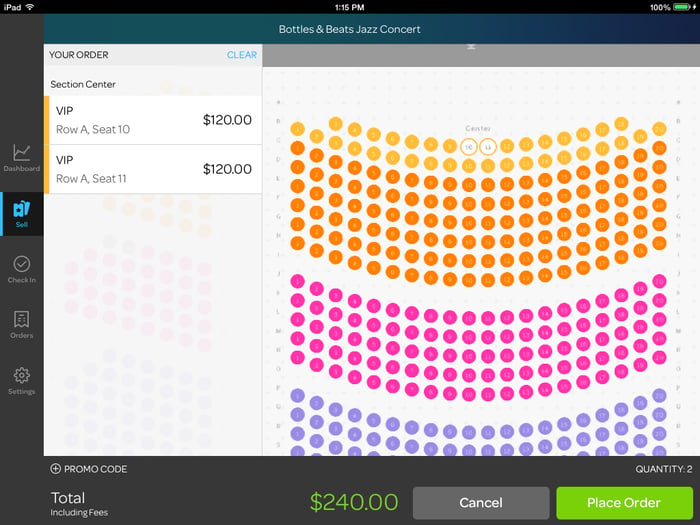 Eventbrite hit the market late last summer with momentum on its side. Revenue had soared 51% in 2017, and it would go on to grow its top line by nearly 45% for all of 2018. Revenue has decelerated sharply in recent quarters -- growing at a sub-25% clip in each of the past four quarters -- and it's going to get even slower in the near term.

There's no denying the popularity of the platform. A whopping 785,000 event organizers turned to Eventbrite to offer up free and paid tickets to 3.9 million events across 170 different countries last year. Eventbrite helped distribute 265 million tickets to those events, but only a little more than a third of those tickets were for paid events. Eventbrite's appeal remains strong with free registrations for listings, and that's not necessarily a bad place to be as promoters and organizers flock to the cost-effective platform.

Net revenue rose 20% to $80.8 million in its latest quarter, but half of that growth was the handiwork of a cybersecurity incident at its Ticketfly subsidiary that depressed revenue during the second quarter of last year. It's targeting $74 million to $78 million in revenue for the current quarter, a mere 1% to 6% top-line uptick over the prior year's third quarter.

It's been a rocky summer for Eventbrite. One of the largest events listed on its site -- the Roxodus Music Festival in Canada -- was abruptly cancelled last month. When promoters didn't seem as if they would be returning money to event goers Eventbrite decided to bite the bullet and offer up $4 million in refunds. Eventbrite recently brought in a new CFO, too. Throw in the possibility for some hiccups as it completes the migration of Ticketfly events to its namesake platform by the end of the quarter and it's easy to see why investors are no shows to the Eventbrite party.

The good news -- from a contrarian perspective -- is that bad news doesn't seem to be stinging the stock anymore. Eventbrite stock actually moved higher following last week's seemingly rough report, unlike the drubbing that dragged the stock down to the teens following its previous financial update. If bad news isn't pummeling the stock anymore, one can hope that good news will pick it back up.

Things are far from perfect, and it remains to be seen what the positive catalysts will be to fix this broken IPO. Profitability is still a couple of years away, but analysts do see revenue growing 15% next year. Eventbrite's more popular than it was a year ago, and it should be just a matter of time before the stock follows suit.