Shares of the QVC parent dove due to the general market malaise and concerns about the retail sector.

Shares of Qurate Retail Group (QRTEA 2.49%) were getting swept up in the market sell-off today as the company better known as the parent of QVC, the Home Shopping Network, and Zulily tumbled on concerns about the yield curve inverting and as Macy's (M 2.68%), a retail bellwether, posted disappointing second-quarter earnings.

Qurate shares closed down 8.7% today after trading as low as 11.5% earlier in the session. 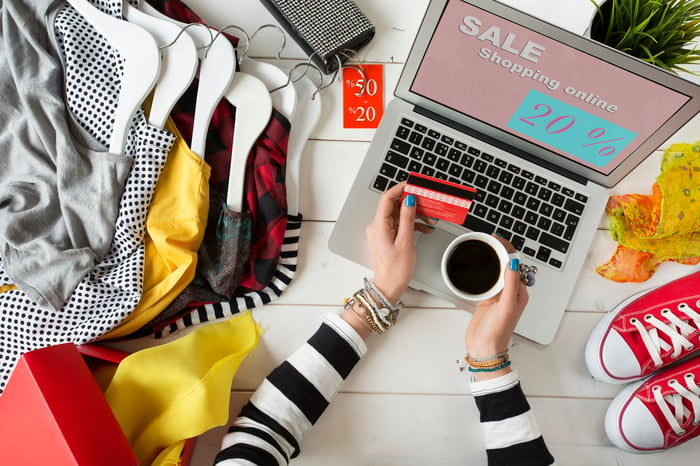 Stocks broadly fell today as the S&P 500 finished down 2.9%. Investors interpreted the yield curve inversion as a sign that a recession could be approaching -- although the economy remains strong and it's been eight months since the gap between short- and long-term bonds first temporarily inverted. That could mean that investors are overreacting to the warning.

Elsewhere, Macy's downbeat report sent shockwaves through the retail industry, especially for companies with legacy business models like Qurate. Shares of the SPDR S&P Retail ETF (XRT 2.43%) plunged 4.2%, dragging down much of the retail sector with it.

This morning, Macy's said that comparable sales growth slowed to 0.2% and adjusted earnings per share (EPS) fell from $0.28 to $0.70, a sign the company is struggling to maintain its pricing power and cost efficiencies in the face of intense competition and a tight labor market. Macy's also lowered its full-year EPS guidance to $2.85-$3.05 from $3.05-$3.25, a sign that its current challenges won't easily be overcome.

Qurate already posted its second-quarter results so investors don't have to worry about a similar plunge for the company. Shares actually rose following its report last week, even though overall revenue fell 4% in the quarter. Adjusted earnings per share ticked up from $0.46 to $0.48, beating estimates at $0.42.

Considering the investor agita over the trade war and the volatility that it's provoked in the retail sector, this likely won't be the last big swing in Qurate shares in the near future.