Please ensure Javascript is enabled for purposes of website accessibility
Log In Help Join The Motley Fool
Free Article Join Over 1 Million Premium Members And Get More In-Depth Stock Guidance and Research
By Joe Tenebruso – Aug 15, 2019 at 10:25AM

This high-yield dividend stock should outperform during a market downturn.

Much is made about the marijuana industry's enormous growth prospects, and for good reason; analysts at Stifel predict that annual cannabis sales will grow to $200 billion within the next decade, up from about $12 billion in 2018.

Yet investors often overlook the defensive nature of some of the best cannabis stocks. And with multiple signs suggesting that the U.S. economy may be at risk of entering a recession in the near future, investors would be wise to consider stocks that typically perform well during periods of market distress. 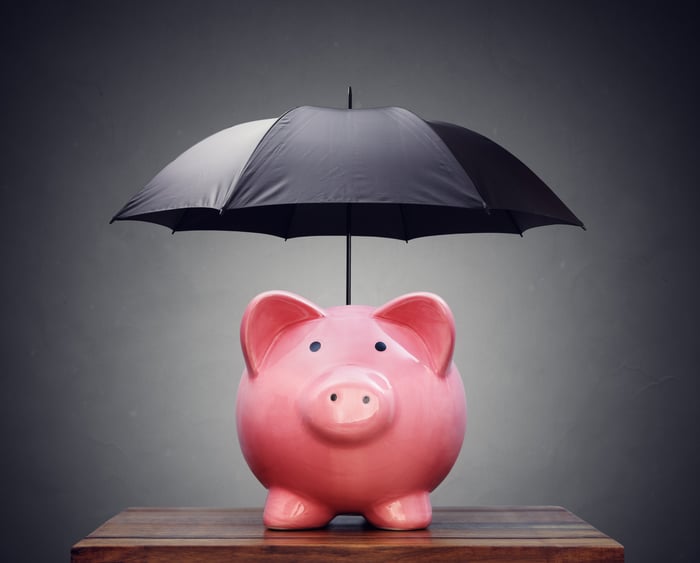 This stock can help protect your wealth during a recession. Image source: Getty Images.

Defensive stocks tend to outperform during recessions, and few industries are more defensive than tobacco. People tend to keep smoking cigarettes regardless of what's happening to the economy. This has been a boon for Altria (MO -3.67%), the U.S.-based tobacco leader that excels at turning cigarettes into cash for its shareholders.

Altria's robust free-cash-flow generation allows it to pay a hefty dividend, which currently yields about 7%. The tobacco king returned more than $7 billion to investors in 2018 alone via dividends and share repurchases. Better still, Altria has increased its dividend an incredible 53 times over the past 49 years. 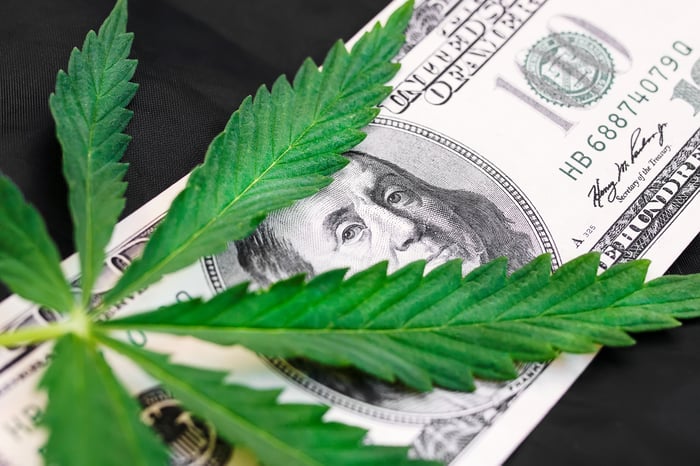 Altria's cannabis investments should help to fuel more dividend increases over the next 50 years. In 2018, it paid $1.8 billion in exchange for a 45% stake in Canadian cannabis producer Cronos Group (CRON 0.00%). Cronos is using this cash to boost its marijuana production and expand its international operations. Cronos is also ramping up its research and development efforts so as to better diversify its product lineup. Such products are likely to include cannabis extracts for vape devices made by electronic cigarette leader Juul, in which Altria acquired a 35% stake for $12.8 billion in December.

As part of its investment in Cronos, Altria also received warrants that give it the right to increase its stake in the marijuana producer to 55% in the future. Doing so would allow Altria to obtain majority control of Cronos, which would also make it easier for the tobacco giant to acquire the cannabis company outright.

Even after Altria's investment, Cronos Group's current market capitalization stands at approximately $4.5 billion. At that level, Altria -- which produced more than $8 billion in free cash flow in 2018 alone -- could easily afford to purchase Cronos' remaining shares, even at a sizable premium to their current price.

Should Altria acquire Cronos, it would be able to use some of its enormous cash flow to consolidate the marijuana industry. In time, it's possible Altria could come to dominate the cannabis market nearly as much as it currently dominates the tobacco industry in the U.S.

All told, Altria's strong and steady cash-flow production makes it an excellent recession-resistant business. Additionally, its stake in Cronos Group makes it a great play on the long-term growth of the marijuana market. Together, these factors make Altria a great stock to consider buying today.