On a positive day for the major benchmarks, these stocks did better than most. 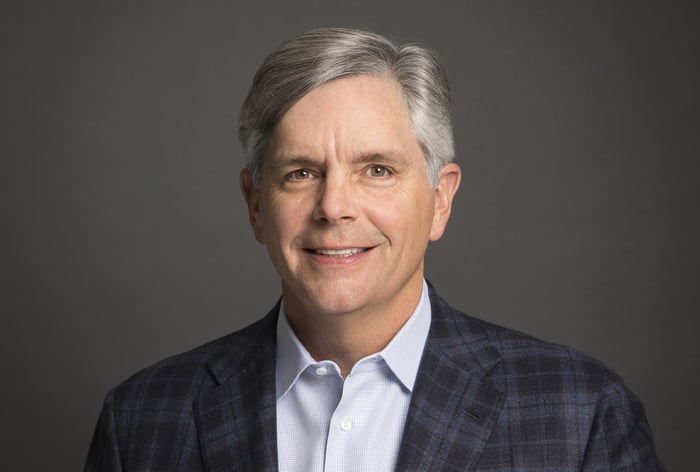 GE's CEO puts his money where his mouth is

Shares of industrial conglomerate GE bounced back, up nearly 10% after a brutal 11% sell-off yesterday that was triggered by allegations of accounting fraud. In a regulatory filing, CEO Larry Culp disclosed that he purchased 252,200 shares of GE in the open market at an average price of $7.93, putting $2 million of his money where his mouth is. The company had vociferously denied the claims made by Harry Markopolos, who helped uncover Bernie Madoff's Ponzi scheme and argues that GE is a "bigger fraud than Enron." Culp's purchases were made near Thursday's low, suggesting the transactions were done in response to the sell-off. Separately, director Paula Reynolds also scooped up 5,000 shares at a price of $8.01 yesterday. The insider buys helped assuage investor fears sparked by the allegations.

Gap jumps on the subscription bandwagon

Gap stock gained 4% after the clothing retailer announced a new online subscription service for its Banana Republic brand. Dubbed Style Passport, the service will target women initially before a version for men's apparel arrives "at a later date." The service will allow subscribers to rent items with the option to purchase items to keep, including free shipping and unlimited exchanges and returns. The three-garment tier will cost $85 per month. "Style Passport will drive incremental revenue, and help us connect with younger shoppers who appreciate great style and want an affordable, sustainable way to try new fashion," Banana Republic CEO Mark Breitbard said in a statement. Gap has been struggling, and investors hope that expanding into subscription services to compete with the likes of Stitch Fix will pay off.

Finally, shares of JD.com jumped 4% following a report from The Information that the popular Chinese online retailer is in talks to raise $500 million by listing a joint venture in a U.S. IPO. The joint venture, Dada-JD Daojia, specializes in online grocery and delivery and had raised $500 million a year ago from Walmart and JD.com. Walmart pitched in $320 million during that funding round and holds a 10% stake in Dada-JD Daojia. Walmart China this week announced it had set a new sales record on the platform. Talks regarding an IPO, which is tentatively slated for next May, are still in preliminary stages, and many aspects like timing and the amount of capital that Dada-JD Daojia wants to raise may change. The rumor comes just days after JD.com reported strong second-quarter earnings results.