Please ensure Javascript is enabled for purposes of website accessibility
Log In Help Join The Motley Fool
Free Article Join Over 1 Million Premium Members And Get More In-Depth Stock Guidance and Research
By Keith Speights – Aug 17, 2019 at 11:04AM

Two mid-cap biotechs. Two tremendously successful drugs already on the market. But which is the better long-term stock pick?

This biotech has a product on the market with tremendous growth potential. Investors' interest in its stock has skyrocketed over the last couple of years. And with a market cap of only around $5 billion, the company could have a lot more room to run.

Which biotech am I referring to: GW Pharmaceuticals (GWPH) or Amarin (AMRN -2.68%)? Both match the description perfectly.

GW has been the bigger winner so far in 2019. Amarin has delivered much higher gains over the last 12 months. So which biotech stock is the better pick for investors now? 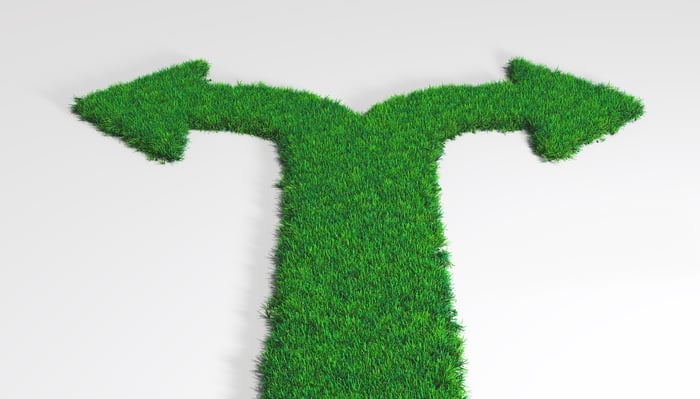 How do you spell success? If you're GW Pharmaceuticals, the answer is E-P-I-D-I-O-L-E-X. The cannabidiol (CBD) drug Epidiolex is off to a fantastic start after launching in the U.S. late last year as a treatment for Dravet syndrome and Lennox-Gastaut syndrome (LGS), two rare forms of epilepsy.

After the drug trounced sales estimates in the first quarter, GW's vice president for investor relations, Stephen Schultz, attempted to reduce expectations in his comments at the Goldman Sachs Global Healthcare Conference in June. His efforts were unnecessary: Sales for Epidiolex in the second quarter doubled the level achieved in Q1.

GW appears likely to receive more good news soon. The company appears on track to win European approval for Epidiolex in October. Assuming all goes as expected, GW plans to roll out Epidiolex in France, Germany, and the United Kingdom before the end of 2019, and in Spain and Italy next year.

While the current focus for Epidiolex is on Dravet syndrome and LGS, more indications could be on the way. In the fourth quarter, GW plans to file for Food and Drug Administration approval of the drug to treat patients with seizures associated with tuberous sclerosis complex. The company is also recruiting patients for a late-stage study evaluating Epidiolex as a treatment for the rare neurological disorder Rett syndrome.

GW Pharmaceuticals' pipeline includes other cannabinoid drugs as well. The company plans to kick off a late-stage study of Sativex in treating multiple sclerosis spasticity later this year in hopes of winning FDA approval for the drug. It expects to begin enrolling patients in a company-sponsored study of cannabidivarin (CBDV) in treating autism by the end of 2019. GW also intends to start a safety study of an intravenous formulation of CBD in treating neonatal hypoxic-ischemic encephalopathy (NHIE) in the fourth quarter.

All of this activity has Wall Street fired up about GW's prospects. The consensus one-year price target for the stock reflects a premium of more than 40% over the biotech's current share price.

The case for Amarin

Amarin's tremendous success has been fueled by the triglyceride-lowering drug Vascepa, sales of which nearly doubled year over year in Q2 to $100.4 million.

It's looking like Vascepa could rake in around $400 million this year, but that's just scratching the surface of the drug's potential. Amarin announced overwhelmingly positive results from its Reduce-It cardiovascular outcomes study of Vascepa. Peak sales estimates for the drug are all over the map, but the company could have a megablockbuster on its hands.

Investors reacted negatively to Amarin's announcement that the FDA would hold an advisory committee review of the label expansion for Vascepa in November. Amarin had previously expected that an advisory committee review wouldn't be required, and that the FDA would hand down its decision on the label expansion by late September. However, this should be only a temporary setback.

Amarin's decision to raise up to $460 million through a secondary public stock offering also recently caused angst for some investors. While the move diluted the value of existing shares, it puts the company in a strong financial position to commercialize Vascepa with the anticipated expanded label.

There has been plenty of speculation that Amarin could become an acquisition target. Vascepa would be a great fit within the cardiovascular franchises of several big pharmaceutical companies. And with Amarin's market cap at around $5 billion, buying it wouldn't break the bank for any of those drugmakers.

Analysts remain excited about Amarin's potential. Analysts' average one-year price target for the stock is more than 120% above the current share price.

I have liked both of these biotech stocks for quite a while. My view is that GW Pharmaceuticals will win European approval for Epidiolex, and that the drug will reach blockbuster status in the next few years. I'm also cautiously optimistic about GW's pipeline prospects.

If I had to pick only one of these stocks, however, it would be Amarin, because I think that Vascepa will be a bigger winner than Epidiolex. Although I'm not sure if Wall Street is right that Amarin's share price will more than double over the next year, I fully expect the stock will be a big winner.