Please ensure Javascript is enabled for purposes of website accessibility
Log In Help Join The Motley Fool
Free Article Join Over 1 Million Premium Members And Get More In-Depth Stock Guidance and Research
By Dan Pelberg – Aug 17, 2019 at 6:10AM

Many want to retire as early as possible, but is it realistic?

The average age for retirement in the U.S. is about 61-years old. For many, this is perfectly fine but for some, retirement can't come soon enough. Those who seek to retire decades before their parents have begun a new movement in which financial independence is valued higher than almost anything else. Known as the Financial Independence Retire Early (FIRE) movement, participants use high levels of savings and investment to become financially independent at an early age.

The FIRE movement suggests you save upwards of 70% of your income. In order to accomplish this, FIRE advocates preach living well below your income level by cutting as many expenses as possible and living without the extra money usually spent on things like your coveted Netflix subscription. 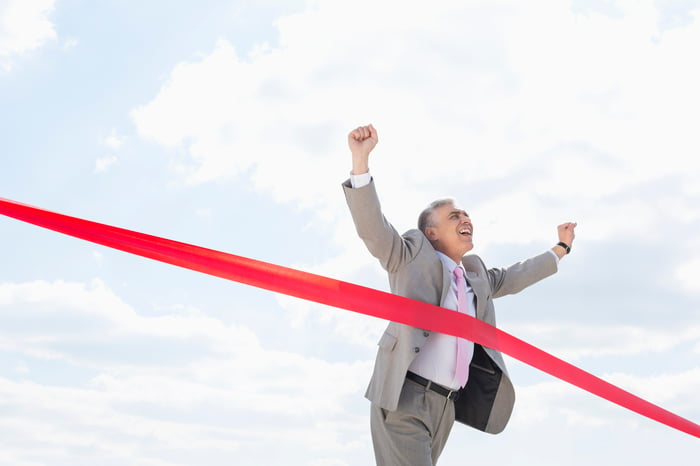 Where the Movement Goes Wrong

Retiring early sounds great. Unfortunately, it is not attainable for most people. The FIRE movement is primarily led by a pack of 20-and-30-something millennials with college degrees, many of whom also have graduate or postgraduate degrees. Give the clear relationship between higher education and increased income levels, those without a college degree will find it difficult to earn enough to retire early. Because higher education is not easily attainable for those in distressed financial situations, the early retirement movement is reserved almost exclusively for those who can afford a college education.

Those able to afford early retirement had a leg-up on the rest of the working world from the start. Take Dallas Mavericks owner Mark Cuban as an example. Cuban has long been an advocate for early retirement, recalling in his early years the desire to do so.

"I was determined to be able to retire," Cuban said in a 2017 interview. It wasn't like I thought, "Okay, I'm going to be super-rich." I valued time more than anything. I wanted enough money to be able to travel, have fun, and party like a rock star, but still live like a student. That was my motivation."

The problem with Cuban's advice is that he is a financial anomaly. By the time he was 32, Cuban had already sold his first business to H&R Block for $6 million and was on his way to selling his next tech venture to Yahoo!. With millions of dollars banked by his early 30's, it's no wonder that Cuban found it easy to retire early. The problem is, this isn't a reality for most people.

There is another issue with the FIRE movement. The recommended 70% savings rate is not realistic in many situations where individuals are caring for dependents. Children, while a rewarding part of life, significantly increase daily expenses. According to the USDA, the cost of a single child through the age of 17 is upwards of $230,000, and that doesn't include a college education. Having a child is something that most parents aren't financially ready to handle. With one or multiple dependents expenses rise and the ability to save income at the suggested 70% mark goes completely out the window.

But dependents don't just mean children, it can mean taking care of a parent or another adult as well. It is estimated that 12% of parents in the US are caring for another adult while simultaneously taking care of their children. In total, there are 40.4 million unpaid caregivers of elderly adults in the country. And it's not just the financial investment that is a burden when taking care of the elderly, it is the time investment as well which means less time for a caregiver to increase their income.

Unexpected medical expenses can also prolong the ability to retire. The average cost of a 3-day hospital stay is $30,000, an expense that quickly eats away at savings. Unexpected medical bills can run cost can cost more than a new house, like an emergency $250,000 back surgery. Such expenses make retirement seem further and further away for anyone who incurs them.

Yes, it would be amazing to retire in your 30s or 40s. But it's unattainable for the vast majority of the population. Instead of preaching extreme measures of savings and wealth generation, most people are better off sticking to the basics of growing their income and saving for retirement at a reasonable pace.

Japan's Government Intervened to Prop Up the Yen

Credit Suisse Looks to Skinny Down to Move Forward