Please ensure Javascript is enabled for purposes of website accessibility
Log In Help Join The Motley Fool
Free Article Join Over 1 Million Premium Members And Get More In-Depth Stock Guidance and Research
By Rick Munarriz - Aug 18, 2019 at 10:00AM

China's leading search engine reports its second-quarter results on Monday night. The report doesn't have to be perfect for investors to win, with the stock at a six-year low.

There's never a bad time to put out a blowout financial report, but it's fair to say that Baidu (BIDU -0.69%) really needs some good news when it reports second-quarter results after Monday's market close. China's leading search engine has fallen off growth investors' radars, with a horrible stock chart to match.

Baidu stock hit another six-week low on Thursday, and the shares have surrendered nearly two-thirds of their value since their springtime peak last year. A strong quarter, or even a reasonable one, could go a long way in setting a floor for the stock.

Baidu needs to deliver come Monday night. Investors who have endured the stock's brutal 66% plunge over the past 15 months need a break. The problem is, Baidu isn't the same growth stock it was in its prime. 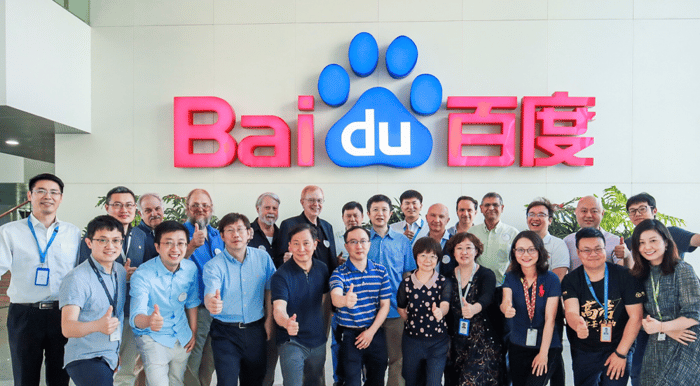 Investors aren't holding out for much in the upcoming report. Baidu's own guidance calls for flattish revenue growth on a reported basis and a mere 1% to 6% advance if you back out the assets it's disposed of over the past year. We're far away from the 15% reported growth and 21% increase on an adjusted basis in its previous quarter, and even those results left the market clamoring for Baidu's glory days of headier top-line bursts.

Online advertising has been a key contributor to Baidu's pole position in paid search in China, but the slowing economy has marketers scaling back on how much they're willing to pay for online leads. Baidu's premium video platform is growing considerably faster than its search engine, but it's still too small to materially move the needle.

It also doesn't help that the margins in online video and other areas of Baidu's long-term focus aren't as juicy as search, driving overall margins lower. In short, as rough as things are going on the top line it's going to be even uglier on the other end of the income statement. Analysts see an adjusted profit of $0.87 a share, well below the $3.18 it posted a year earlier.

The backdrop is gloomy for folks with a narrow timeframe for turnaround situations, but patient investors have scored nicely by buying in when the stock is down. Volatility comes with the territory, and analysts accept that. Even some of the Wall Street pros who have slashed their price targets lately are sticking to their earlier bullish ratings on the stock. Baidu's current situation and realistic near-term expectations have been tempered as the economy slows and trade tensions mount, but there's plenty of upside for a former dot-com darling trading at its lowest level in more than six years.

Baidu isn't likely to surprise the market with a great report, so let's take that off the table. The keys to moving the stock higher this time around are landing somewhere within top-line guidance, bouncing back from the previous quarter's bottom-line miss by at least nailing analyst profit targets, and -- perhaps more importantly at this point -- offering guidance that shows some light at the end of the tunnel.

The stock isn't priced for greatness, so Baidu doesn't have to be great. It just needs to convince the market that it's bottoming out here. And that's not going to be an easy feat for Baidu.